Lickety Split to return at Ruakaka 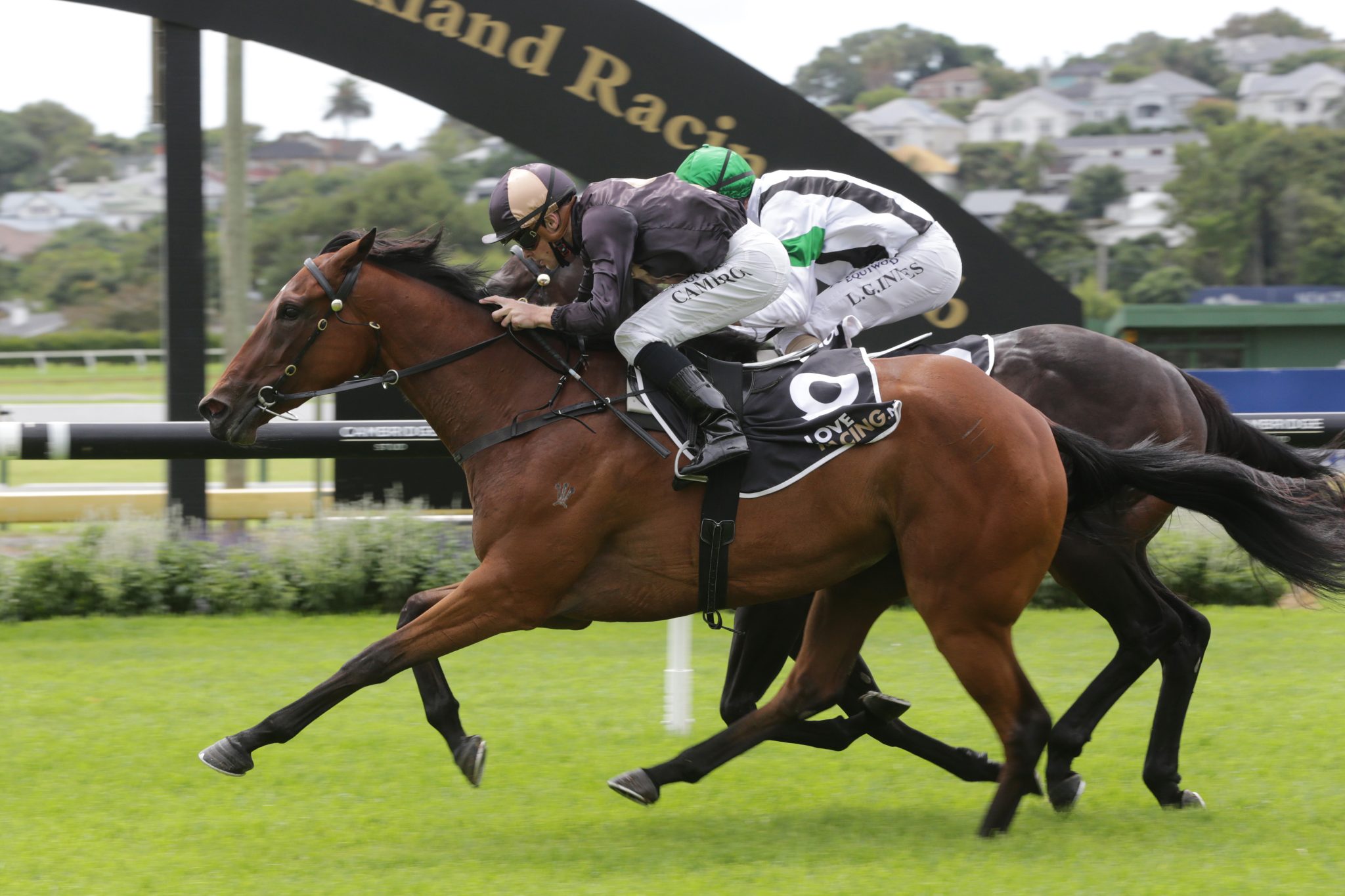 Group One winner Lickety Split will begin what her connections hope to be a lucrative spring preparation when she heads to Ruakaka on Saturday.

The Andrew Forsman-trained filly will contest the Group 3 Northland Breeders’ Stakes (1200m) first-up after pleasing in her sole trial leading into the race when runner-up over 900m at Te Rapa a fortnight ago.

While pleased with his filly, Forsman said his only query is whether the daughter of Turn Me Loose is forward enough for her debut three-year-old outing.

“We would have liked to have given her another trial but thought this looked a suitable race given her performance right-handed,” Forsman said of the filly who has won both of her starts going in the clockwise direction.

“She has had a bit more experience on raceday right-handed and the one run she did have left-handed (seventh in Group 1 Manawatu Sires’ Produce Stakes, 1400m) she got run off on the turns, so she lost a bit of confidence.

“I think the race on Saturday, given it will be one of the better tracks we will get for a little while, looks a good starting point.”

Lickety Split had a pleasing juvenile season, winning two of her three starts, including the Group 1 Sistema Stakes (1200m).

While Forsman is hoping to add to her stakes haul in the coming months, he has yet to set her spring path in stone.

“It is pretty much just see how she comes up,” he said. “We think she is coming up very well, she has certainly got bigger and has strengthened, and she will need to.

“Better ones will step out in the next month or two, and what she does on Saturday will dictate where we head.”

Bred by Wentwood Grange’s Dean Hawkins in partnership with Windsor Park Stud’s Business Manager Nick Hewson, Lickety Split is by Forsman’s former multiple Group One winner Turn Me Loose and he said she has inherited a number of traits from her sire.

“She is bold, wants to jump and get on with it,” Forsman said. “She has strengthened up a lot and looks in really good order.”

Meanwhile, Forsman was pleased with Mustang Valley’s 1000m trial at Avondale on Tuesday where she ran third behind Malt Time.

The four-year-old daughter of Vanbrugh was runner-up in the Group 3 Gold Trail Stakes (1200m) and Group 3 Sunline Vase (2100m) last season, and Forsman is hoping she can breakthrough for her maiden stakes success this term.

“She is relatively low in the ratings still (70). She was a black-type performer last season, but we would like to use the rating to her advantage while we can,” Forsman said.

“We will just give her a couple of runs in her grade to get going and ideally work to some black-type later in her prep.”