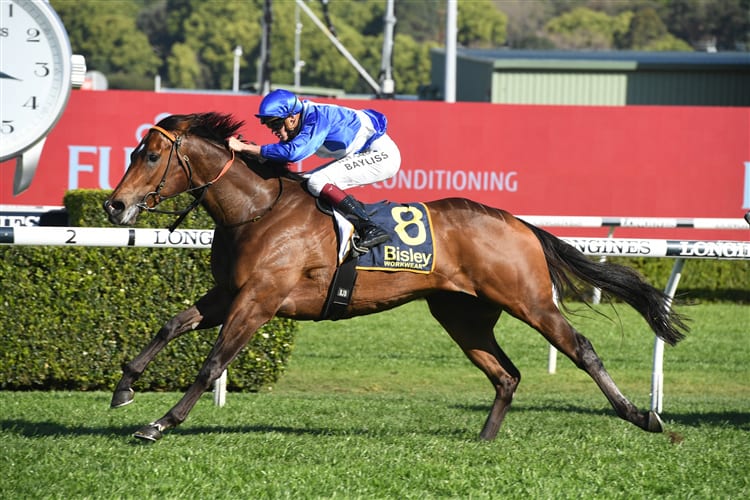 Libertini will bypass a scheduled barrier trial in favour of a race day excursion as she prepares for her autumn return in The Galaxy on Saturday week.

The top sprinter was given a quiet trial at Canterbury last month and was due to have another hitout at the Randwick trial session on Thursday, but trainer Anthony Cummings said she would not be going around.

“I won’t trial her tomorrow. She galloped yesterday, it was good work and she pulled up clean enough. I don’t think she needs another one,” Cummings said.

“She will have a gallop around here (at Randwick) on Saturday morning and a final gallop next Tuesday.”

Libertini is slated to resume in the Group One Galaxy (1100m) at Rosehill on Golden Slipper day in what will be the first time she has raced at the western Sydney circuit.

Cummings is leaving no stone unturned in preparation and will put her on the float to Rosehill this weekend to give her an afternoon out and familiarise her with the track.

“We will take her to Rosehill on Saturday because she gets a bit antsy sometimes at the track and she’s never been to Rosehill before,” Cummings said.

Despite the absence of Libertini from the Randwick trials, the session will still hold plenty of interest with Blue Diamond Stakes winner Artorius set for his first public appearance in Sydney.

The colt will line up over 1050 metres with Luke Currie making the trip from Victoria to partner the colt.

Artorius sits on the third line of Golden Slipper betting at +600 but connections will need to pay a late entry fee to gain a start in the $3.5 million March 20 race.