Leviathan Puts Himself In Millions Mix 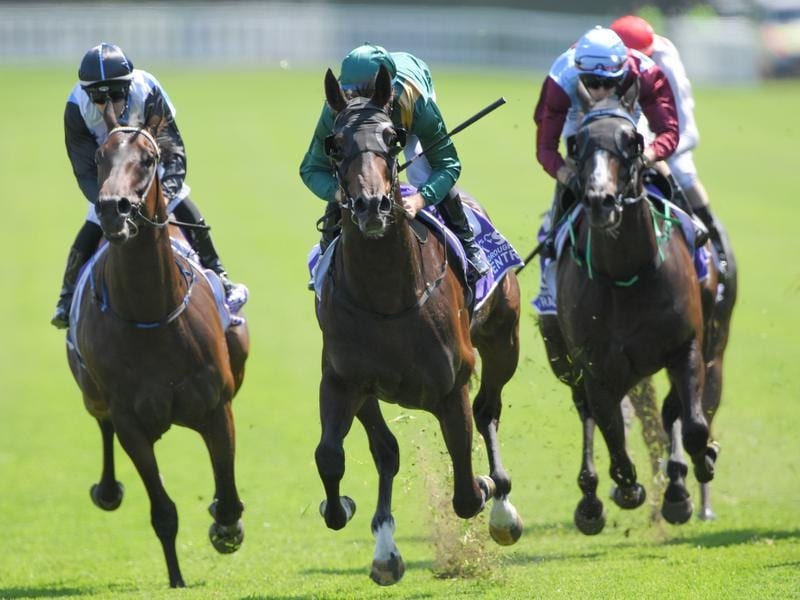 The Snowden Racing contingent heading to the Gold Coast has been further strengthened with Leviathan booking his ticket to the Magic Millions Guineas by winning at Randwick.

Peter and Paul Snowden elected not to run Leviathan in Friday’s Gosford Guineas (1200m) won by his stablemate Hightail and saved him for the 1400m of the Sky Racing Handicap a day later.

Leviathan and Hightail will have their work cut out against Queensland star Alligator Blood who again won impressively at Eagle Farm on Saturday, but both will be on the float to go north for the $2 million Magic Millions (1400m) on January 11.

Tommy Berry on Leviathan always had Bandersnatch in his sights and pounced late to go on and put 1-1/4 lengths on his rival.

“We skipped the Guineas yesterday to run him over 1400 metres today,” co-trainer Paul Snowden said.

“We took the blinkers off and put the visors on today which helped.

“He showed he doesn’t have to lead and he has been strong to the line in his other races so we thought the 1400 metres would suit.

“He used the favourite today and this is a confidence booster. He will get a lot out of it.”

Earlier in the day, Berry rode the Snowden-trained Nitrous to win the two-year-old race with the victory assuring him a start in the Magic Millions 2YO Classic alongside stablemates Aim and Saturday’s Eagle Farm winner King’s Legacy.

“The Snowdens are building up a great team for the Gold Coast and I’m on half of them,” he said.

Berry echoed Snowden when he said Leviathan would take confidence from his win.

“He was great over the 1400 with the visors on and he will take a lot of confidence from the win.”

Another Magic Millions Guineas hopeful, the Joe Pride-trained Superium kept his hopes alive despite being beaten into second over 1200m.

Superium was held up on the fence back in the pack before getting out to run Embracer to a head.