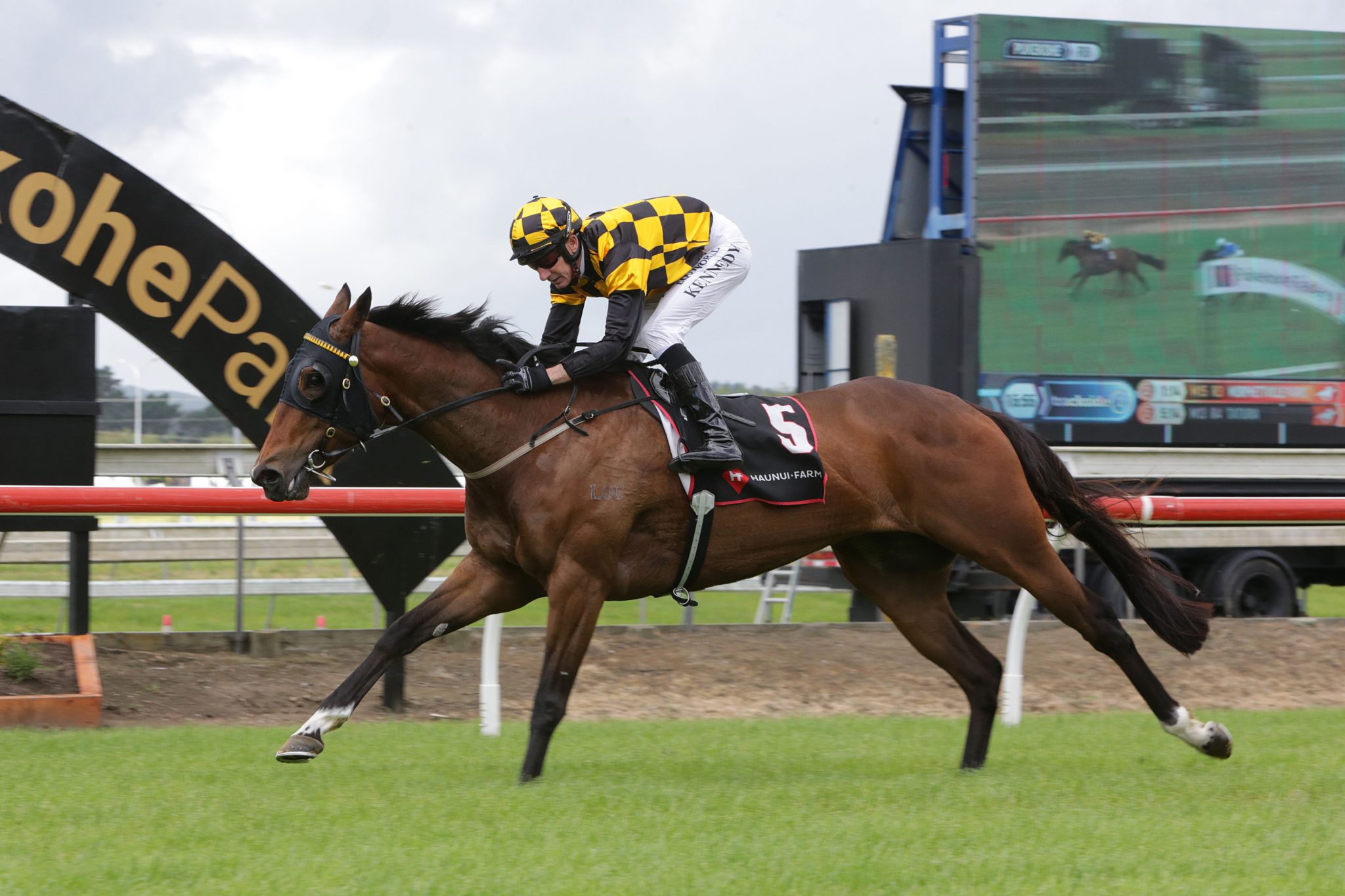 The Lance Noble-trained daughter of Snitzel was having her first start since a Brisbane winter campaign and had finalised her preparation with a win over 1050m at the Ruakaka trials earlier in the month.

Punters piled into the mare, who had been a Group Two winner in Melbourne earlier in her career, and she started a warm +220 favourite ahead of co-topweights Babylon Berlin (+270) and Bonny Lass (+360).

There was sensation at the start as Babylon Berlin knuckled over as the gates opened and dropped rider Jonathan Riddell, before tearing around to race riderless in front of the field throughout.

Both Letzbeglam and Bonny Lass made good beginnings to dispute the pace before Letzbeglam and rider Warren Kennedy drew clear of the pack at the top of the straight. Kennedy kept a wary eye on the riderless horse as Letzbeglam maintained a solid gallop to the line to hold out a late charge from Sacred Satono and collect her third career victory for owners Brendan and Jo Lindsay.

“The last four weeks we have got her in a good spot where she has been nice and happy and nice and sound,” Noble said.

“The conditions of this race really suited, being a handicap where she had a light weight and at her best, she is a really top-class mare.

“Last year was a bit of a learning curve with her, just to see if she would get back to her best and now, we might want to have a bit more fun with her.”

Noble is keen to tackle some of the better sprint races over the summer but will discuss those options with her Cambridge Stud connections.

“She is pretty good fresh, but I will have to talk to the team about our options,” he said.

The victory added to the plaudits for recent South African import Kennedy, who has taken to riding in New Zealand like a duck to water.

“She has been very professional today and kicked out of the gates really well,” he said.

“She travelled superbly all the way through and when I asked her to pick it up at the 400, she quickened smartly.

“I’m blessed to be able to ride these Cambridge Stud horses, it is a real privilege.

“I was watching the riderless horse and I let my filly chase after her despite being impeded a little.

“She got away from them at the right time and she has won a good race.”

Out of the Forestry mare Miss Charming, Letzbeglam has now won three of her 10 starts and over $277,000 in prizemoney.

Online Bookmakers reacted to the victory by installing the mare as an +700 chance in the Group 1 Sistema Railway (1200m), behind current Fixed Odds favourite Levante (+250).