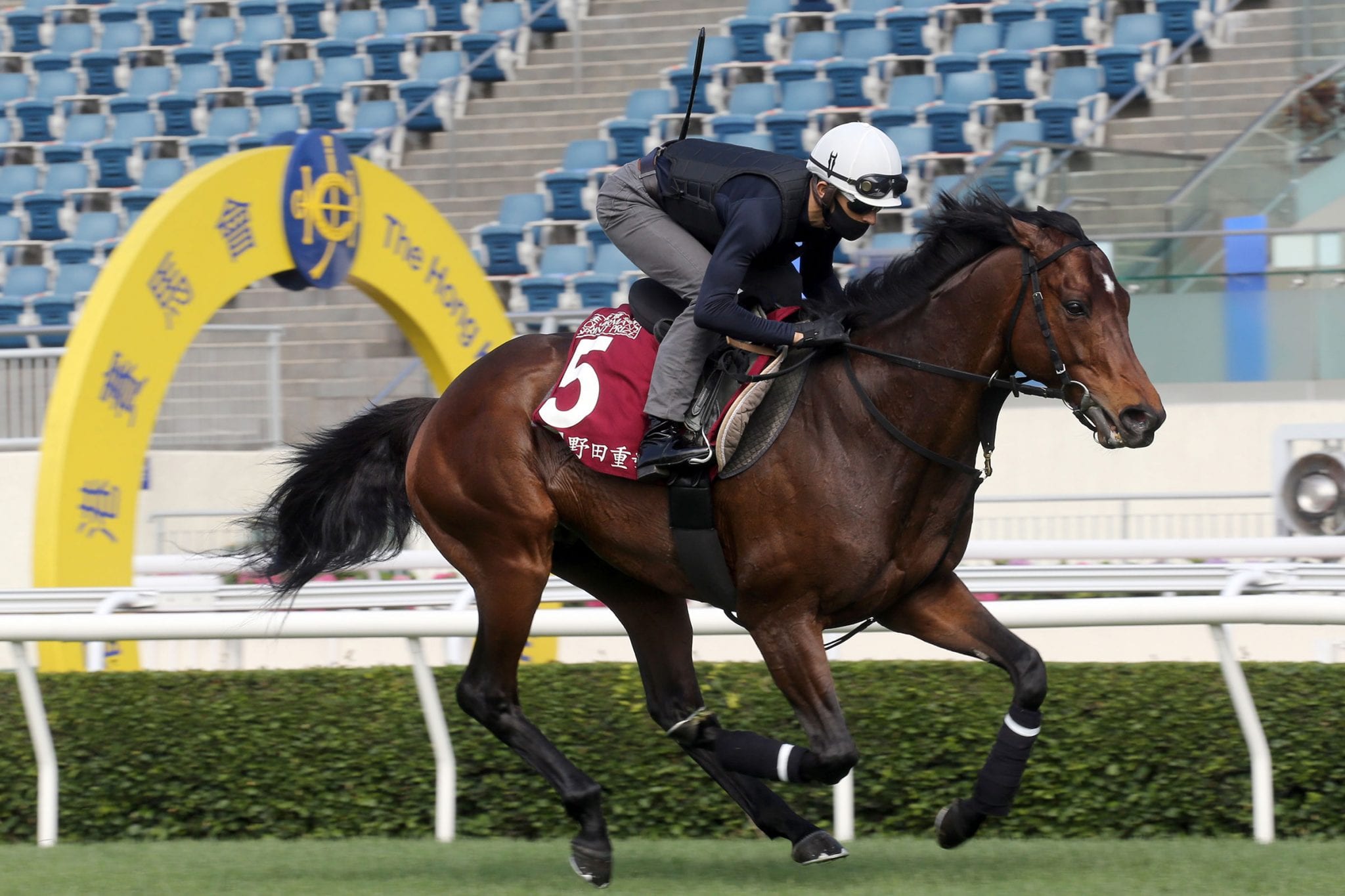 Takayuki Yasuda has sounded an ominous warning ahead of Sunday’s (25 April) HK$18 million Group 1 Chairman’s Sprint Prize (1200m) by declaring Danon Smash the equal of superstar Lord Kanaloa, the best horse the revered Japanese trainer has handled in a long and distinguished career.

“Last December I honestly thought Danon Smash was not equal to the level of Lord Kanaloa at that stage, but after winning that race, he improved a lot,” Yasuda said. “I think Danon Smash has reached the same point as Lord Kanaloa now.

“Two years earlier (2019), Danon Smash came to Hong Kong but was defeated (when eighth behind Beat The Clock in the Group 1 LONGINES Hong Kong Sprint) and he was disappointing. Last December, he won and it was a pleasant moment for me so I would like another strong performance on Champions Day.

“He is now already six-years-old, he has matured and improved significantly in the latter part of his career, I am really excited for the race this weekend.”

With more than 860 wins, including 18 Group 1 spoils, Yasuda is an immensely respected figure not given to hyperbole – a conservative disposition which gives added clout to the comparison of his current and former charges.

With a last start victory in the Group 1 Takamatsunomiya Kinen (1200m) at Chukyo Racecourse on 28 March, Danon Smash is still to amass a portfolio to match that of Lord Kanaloa as Yasuda indicated the bay could be set for more Hong Kong sorties.

“Just after he won the Hong Kong Sprint last December, we decided to come to Hong Kong in April,” Yasuda said. “After the Chairman’s Sprint Prize, Danon Smash will take a rest. The next target would be the Sprinters Stakes then after that, I want to come to Hong Kong again for the international races.”

Danon Smash is the sole international raider – and set to be the ruling favourite – for Sunday’s 1200m dash, where the performances of Wellington (barrier three), Sky Field (one), Stronger (eight), surprise Group 2 Sprint Cup (1200m) winner Amazing Star (four) and Jolly Banner (11) will provide a gauge into the strength of local sprint ranks.

“Lord Kanaloa is the best sprinter I have seen turn up here in Hong Kong, so I am very surprised Mr Yasuda has put Danon Smash on his level but I am very pleased to be riding him,” the Brazilian said.

“In my opinion, gate five is extremely good, he will have the chance to place himself wherever he wants to.

“It is a tricky race, there are some fast horses inside and on the outside.

“I am very, very happy with the gate. Any gate this time was going to be better than 14 last time, so I believe he will find it much easier to place himself in the race this time.

“That was a very impressive win, in my opinion. It was a stronger race than what we have on the weekend. I am not expecting him to perform any different, he looks in as good a form, maybe even better.

“Having the chance to ride such a good horse, I am very, very pleased with that.

“It is an open field, there isn’t one that stands out. If there is one, Danon Smash is the one, the locals will find it very hard to beat him, based on his form and his ability. He will find it a bit easier to get himself placed in the race.

“Jolly Banner has to be respected but the main one is Wellington who has proven himself to be a good horse.”

“It’s only a small field and with luck in running, I believe Southern Legend can run very well again,” the Mauritian said. “He always gives his best.”

“The Japanese look very strong,” Cruz said as he assessed the chances of Exultant (two) and Time Warp (four). “Exultant is in tip-top form and Time Warp will run very well, but the Japanese are very impressive.”

Francis Lui’s Glorious Dragon, who will be ridden by Matthew Poon, will depart from gate six.