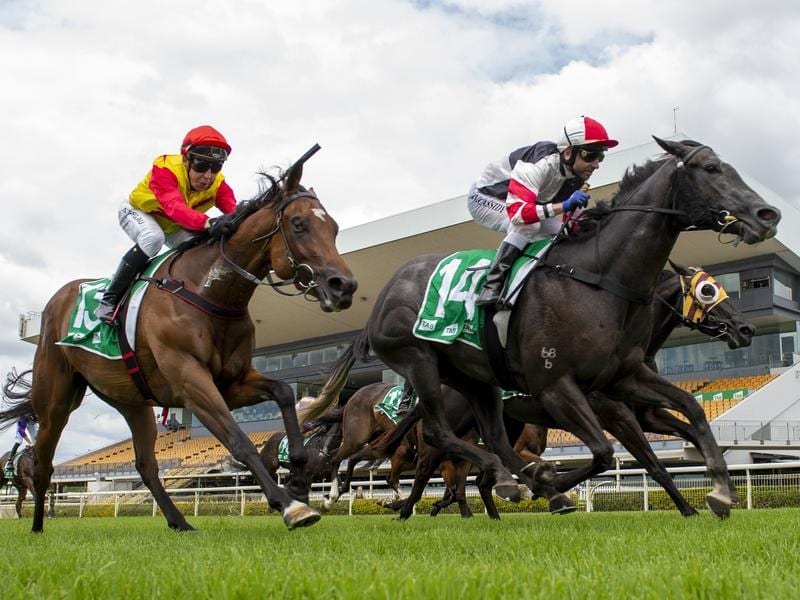 Veteran jockey Larry Cassidy has continued to show he has lost none of his skills with another top ride to win on Kusama at Doomben.

The winner of 40 Group One races and jockeys premierships in Sydney and Brisbane, Cassidy has battled a string of injury problems in recent years.

However, he is back to full fitness and has ridden 10 winners since the start of March, including a double at the Sunshine Coast on Wednesday.

Cassidy gave Kusama ($5) the run of the race from barrier one and she proved too strong in the TAB Three-Year-Old Plate (1200m).

Winning trainer Brian Smith was full of praise for Cassidy, who has ridden for him for decades.

“Gee, isn’t Larry riding well. Kusama dwelt at the start but Larry didn’t panic. That is why you put the top riders on,” Smith said.

Kusama was backing up after running second at Eagle Farm last week.

“We have been wanting to ride her quietly but she has been getting a bit fired up,” Smith said.

“But the previous run took the edge off her today and she settled better.”

Kusama was a $50,000 buy at the Magic Millions Sales and Smith believes she will more than repay the investment.