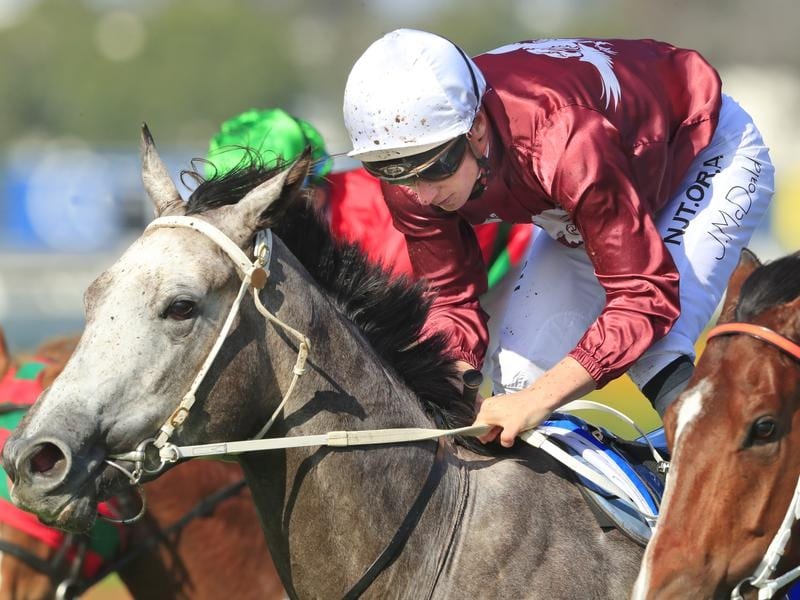 Matt Dunn has urged punters to overlook the first-up defeat of Lady Banff, who will be striving to redeem her reputation at Doomben.

Lady Banff was heavily backed from $4 into $3.60 but could manage only sixth to Threeood in an 1100 metre benchmark 78 race at Rosehill on November 28 when resuming from a spell.

Dunn, however, believes there were contributing factors to her defeat.

“She peaked on her run first up but we went into that knowing she was a bit under-done,” Dunn said.

“She had to do a little bit of work because she didn’t quite jump properly and that told late.

“She loomed as a chance at the 200 metre mark and peaked at the 100 and faded out of it a little bit but I’m not worried, we assumed that might happen if she had to do a bit of work.

“She will go into Saturday a lot fitter.”

Lady Banff arrived back at Dunn’s Murwillumbah stables on Wednesday night where they are on flood watch with the Tweed River inundating the neighbouring township of Tumbulgum on Tuesday.

Despite the likelihood of a heavy track at Doomben on Saturday, Dunn is keen for Lady Banff to run in the Gold Edition Plate (1200m) with ambitious goals in store for the mare.

“She has to run. She needs it as one of her lead ups into Magic Millions day,” Dunn said.

“Depending on how she goes on Saturday, I’ll make a decision on whether she runs the week before (the Magic Millions) and does the seven-day back up, which has been quite an effective program for a few horses over the last couple of years, or whether I give her the three weeks in.”