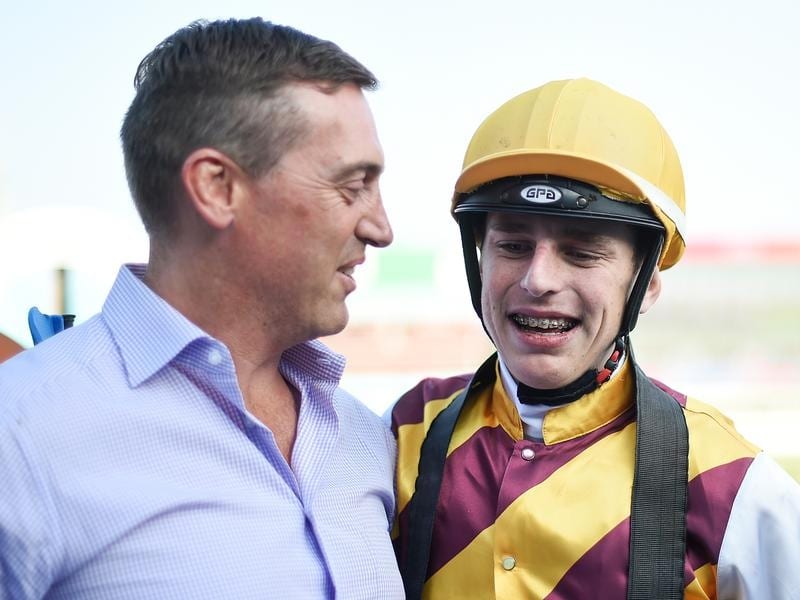 Promising three-year-old Knight Mariner will get a chance at a consolation black-type race after his powerful win at Ipswich.

He was part of a treble for trainer Tony Gollan and his apprentice Baylee Nothdurft which also gave Nothdurft 100 wins for the season.

Gollan and Nothdurft have the trainer and jockey premierships at both metropolitan and state levels safely in their keeping.

Gollan had planned to run Knight Mariner in the Group One Queensland Derby this winter but had to change plans when Racing Queensland scrapped the race because of coronavirus restrictions.

He then decided to get Knight Mariner some easy wins and then find a black-type race for him late in the winter.

Knight Mariner will have his next start in the Group Three Winx Guineas (1600m) at the Sunshine Coast on July 11.

“I have no doubt he is up to that class. He has plenty of strength and the big Sunshine Coast track will suit,” Gollan said.

“He is all class and will get over further. He is by top staying sire Tavistock and his whole family is quality.”

Knight Mariner’s previous campaign was shortened because of a minor injury and he was given plenty of time to recover after a knee chip was removed.

“But the thing that has really made the difference was gelding him,” Gollan said.

Knight Mariner races in the colours of Brian Siemen’s Black Soil Thoroughbreds who have had ten winners from their past 16 runners.

“Brian has been a good supporter and has put plenty into the stable. Knight Mariner is also part owned by Gary Cunningham and his family who are great supporters,” Gollan said.

“I am glad they have a good horse.”

Knight Mariner was the middle leg of a treble for Gollan and who also won with Nicci’s Spirit ($2.10) and Socialising ($1.80).

The gelding is by top sire I Am Invincible out of the multiple stakes winner Sister Madly.

Tatcee ($4.80) added value to her sale price at next month’s Magic Millions National Sale with her win in the Sky Racing Handicap (1690m) for champion trainer Chris Waller.