Kiwi-breds to the fore at Geelong 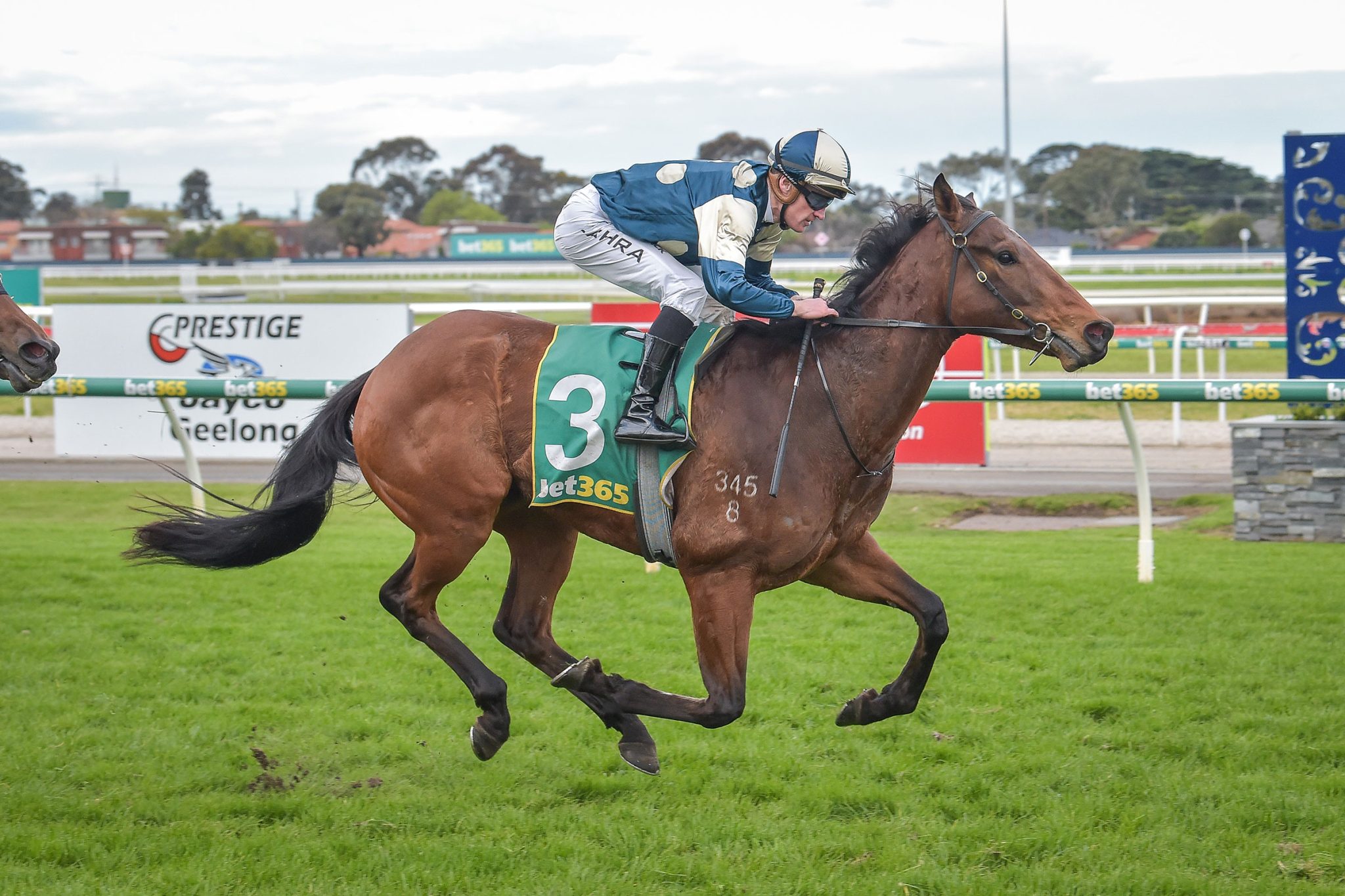 St Lawrence was making his Australian debut over 1325m, and despite showing signs of greenness, he posted a one length victory for new trainers Ciaron Maher and David Eustace.

Jockey Mark Zahra said he had to keep the Redwood gelding up to task and said there is plenty of improvement left in the four-year-old.

“He is still quite green and was having a good look,” Zahra said.

“There wasn’t much speed in the race so he lobbed second. The horse in front got me to the turn. When I asked him, he was having a little look and I had to get stuck into him sooner than I thought.

“Once the horse on the outside came to me, he sprinted away a little bit and once he got a length he wanted to have another look again.

“He might be a horse who will need blinkers down the track but I think he might be a bit better with the speed on, ridden a bit quieter.

“He has got a bit of ability, but he is still quite green, so I am not sure how quick he can go to the better races just yet, but hopefully with a win under his belt and a day out will help him mature a bit more.”

The win extends St Lawrence’s unbeaten streak to two after winning on debut at Hastings in April for previous trainers Murray Baker and Andrew Forsman.

Earlier on the card, Captain Envious continued his good association with trainer Paul Preusker, winning his second consecutive race in his first preparation with the Horsham horseman.

Jockey Dean Yendall was pleased with the Savabeel entire’s performance and he believes the four-year-old has a bright future.

“He began so well. Going to the gates he was quite keen, so I was hoping he wouldn’t overdo it coming out of the barrier. He wanted to do that, but I was able to get him to come back underneath me,” Yendall said.

“He was stuck three-wide for a little bit and then he came back and got a bit of cover, which was good. He settled really well and we followed the right horses into the race.

“I gave him a squeeze up and asked him to extend. He did that and I shut him down in the last bit.

“I think he is going places.”

The Bold One gelding Notabadbuy completed the Kiwi-bred treble when winning first-up over 1525m in the hands of Craig Newitt for trainers Gai Waterhouse and Adrian Bott.

“I was pretty confident coming with him here today,” Newitt said.

“He is in for a very good prep. We went to Sandown in the last run of his last prep confident he would be hard to beat there, and he pulled up with a couple of issues, hence the reason why he has had a good break.

“He has come back in and had trialled up really well heading into today and it was nice to see him put it on the board.”

He subsequently finished fourth in the Group 3 Waikato Stud Slipper (1200m) for the Cambridge horseman, who trained in partnership with his father Craig at the time, before his sale to Australia where is has won two of his six starts.