Kisukano A Class Above In Classic Victory 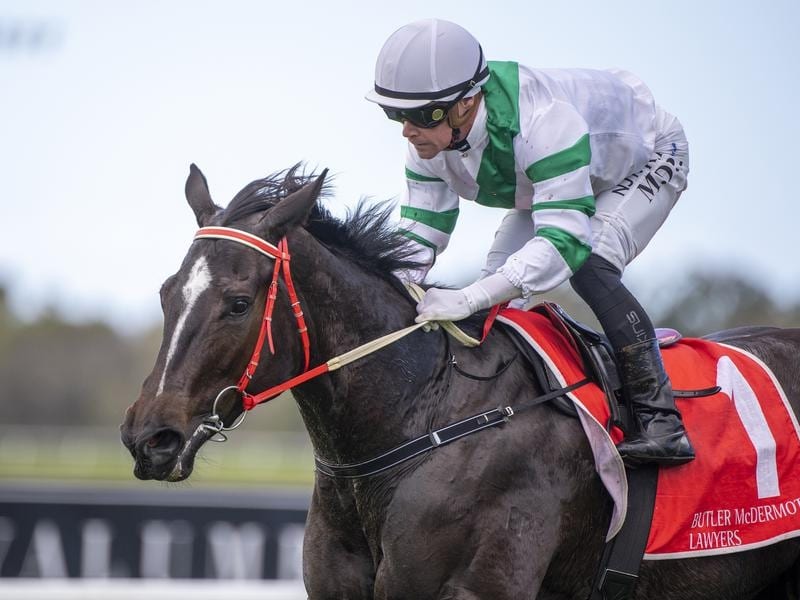 Kisukano confirmed her rating as Queensland’s best two-year-old filly when she overcame drama to win the Bruce McLachlan Classic.

Kisukano is now likely to head to Sydney and on her win she won’t be out of place.

She was always going to face a test at her first start in four months with 60.5kg on a heavy surface at the testing Sunshine Coast track.

To make matters worse, Country Showgirl had to be re-shod and during the lengthy delay Kisukano got into a mood before refusing to load into the barriers.

She was eventually loaded and the race jumped nine minutes late which made no difference to Kisukano.

She clocked 59.11 seconds which was exceptional on a heavy track.

It took Kisukano’s record to five starts for four wins and a second.

Her only defeat was behind top gelding Rothfire and she avenged that by beating him into second in the $500,000 The Jewel 2YO in March.

Rothfire has since won the Group One JJ Atkins and is second favourite markets for the Golden Rose at Rosehill in September.

Trainer Michael Nolan is usually reserved after a win but he found it hard to hide his excitement.

“She won a jump-out this week in really good fashion. But she had a lot against her today and I was worried about her weight,” Nolan said.

“The track was wet but she has run good time and put them away quickly.

“I will ease off on her now and head to Sydney in four weeks. One thing about Sydney in August-September there are plenty of races for fillies.”

Nolan has had many top horses including the Group One Doomben 10,000 winner Laurie’s Lottery but refused to compare Kisukano with them at this stage of her career.

“But she is pretty exciting.Let’s leave it at that,” he said.