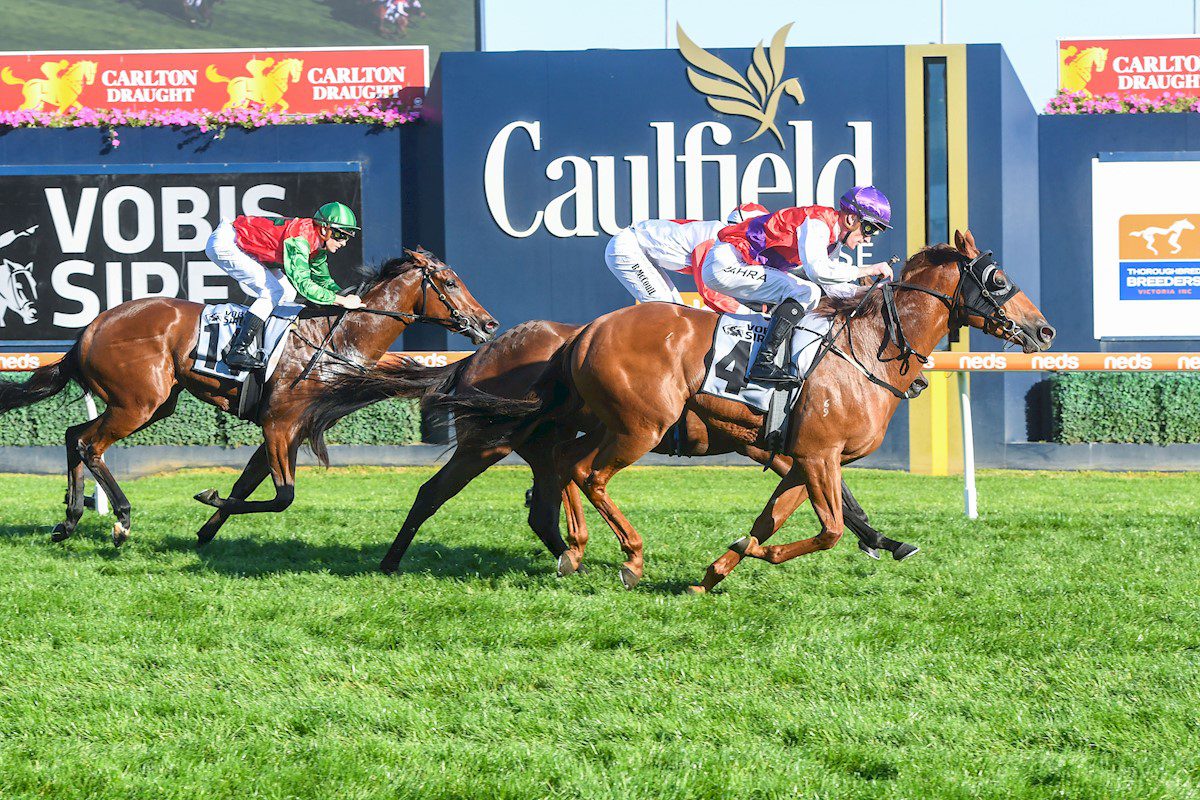 The star two-year-old sprinter was purchased for just $32,000 from the Leneva Park Draft at last year’s Adelaide Yearling Sale.

“When Anthony goes to Adelaide he shuts the book and finds a horse on type. This is just another one of his fantastic buys,” Taylor told Racing.com after the gelding beat $2.60 favourite Bello Beau (for Adam Trinder) on the line.

“He’s a freak of a judge and he continues to pick these good horses. The team is fortunate enough and the owners are reaping the rewards.

“We thought we’d throw (jockey Mark Zahra) in on Wednesday morning rather than going to Bendigo next week for a maiden.”

Indeed, Zahra was grateful at the way the cards fell for him.

“The Lord works in mysterious ways. We were on Crosswinds and he was due for a jumpout last week,” he said.

“And to be honest when he didn’t accept and this horse was accepted I said ‘I’ve never even heard of this horse’.

“He’s a horse who has always shown a little bit and he’s going to get further. And when he was at a nice tempo at the top of the straight I thought Mark would be closing hard,” he said.