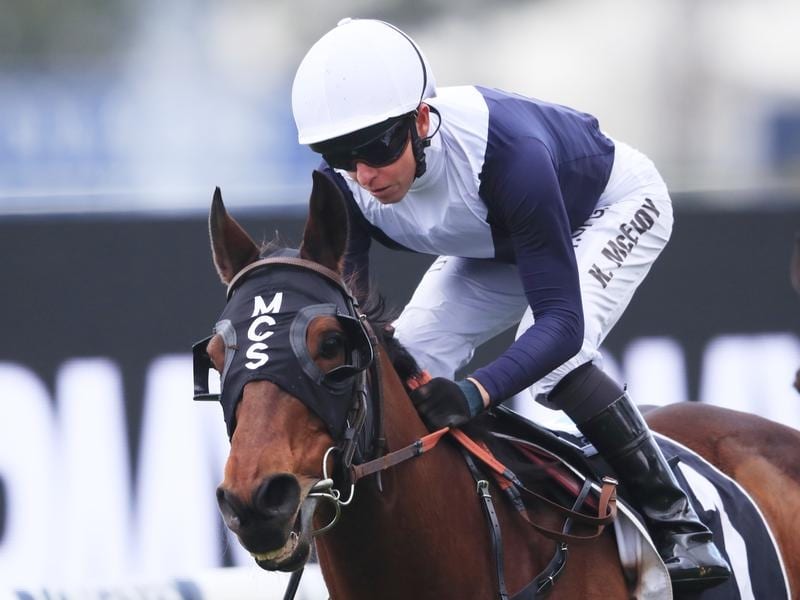 There was banter aplenty behind the starting stalls before the Stayers’ Cup but it was three-time Melbourne Cup-winning jockey Kerrin McEvoy who had the last laugh.

McEvoy and rival hoop Glen Boss have won six Melbourne Cups between them and as the field loaded for a rare two-mile race in Sydney, their record at the journey was a topic of discussion.

“The young lads behind the gates were winding ‘Bossy’ and I up a bit by saying, ‘have you ridden in many two-mile races?’,” McEvoy said.

“Brenton (Avdulla) said, ‘they have won six Melbourne Cups between them’ so it was a good laugh.”

That record proved a key formguide for the Stayers Cup at Rosehill on Saturday with McEvoy aboard Sweet Thomas beating Boss on Loveseat.

Favourite Ablaze was under hard riding before the corner and finished a distant seventh.

McEvoy said he enjoyed the challenge of distance races and found himself on the right horse at Rosehill.

“I do like riding in them. I was obviously lucky to have a nice horse beneath me with good two-mile form,” McEvoy said.

“They went a nice even tempo for me and I was able to park him away, get that part of the race right, and then worry about the second half from the 1000 onwards.

“We cut the corner and he was full of running when I asked him.”

Sweet Thomas finished fourth in the Group One Sydney Cup over Saturday’s journey but had failed to beat a rival home in two subsequent runs.

He provided Matthew Smith with his first two-mile winner, the trainer saying he was confident on the back of Sweet Thomas’ previous performance at the journey.

“I kept thinking, why is he such big odds?” Smith said.

“He just had to run up to his Sydney Cup race and he’s won with 60 kilos in Germany and he’s won on a soft track.

“I just needed to get him out to the right distance.”