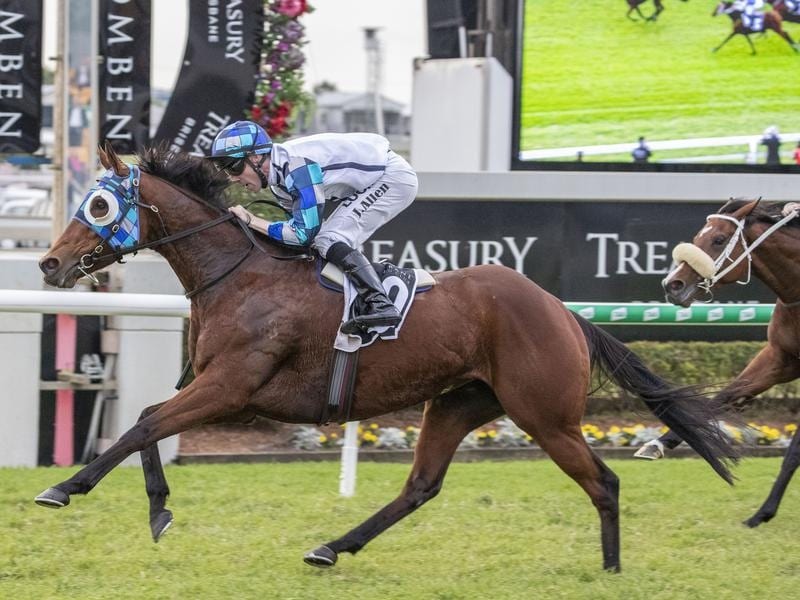 Dual Group One winner Kenedna’s build-up towards the spring is already underway after a highly successful campaign in Sydney and Brisbane.

Kenedna won the Group One Coolmore Legacy Stakes at Randwick during the Sydney autumn carnival in April before heading north to Queensland where she added the Group One Doomben Cup and Group Two P J O’Shea Stakes to her record.

The mare’s O’Shea Stakes win came one month ago and co-trainer David Eustace said the rising six-year-old had just returned to light work ahead of her spring campaign.

“She has just gone back into some very light work down at the beach,” Eustace told RSN927.

“She had a super campaign and she will be aimed at the spring races. We haven’t quite worked out whether she’s going to go in handicap company in the Caulfield Cup or we aim for the Cox Plate.

“Her lead-up runs, we’ll be guided by those a little bit.”

TAB Fixed Odds has Kenedna at $26 in both its Cox Plate and Caulfield Cup markets.

Another horse Eustace says they are looking forward to campaigning in the spring is rising three-year-old colt Dubious who won the Group Two Champagne Classic against his own age in Brisbane in May before finishing fifth against older horses in the Group One Kingsford Smith Cup on May 25.

Eustace said the Group One Coolmore Stud Stakes (1200m) at Flemington during the Melbourne Cup carnival would be the planned spring grand final for Dubious while his early campaign will be aimed at races in Sydney including the Group One Golden Rose.

“He thrives on work. He spelled nicely but didn’t need long out. So we’re looking forward to him, very much so.”