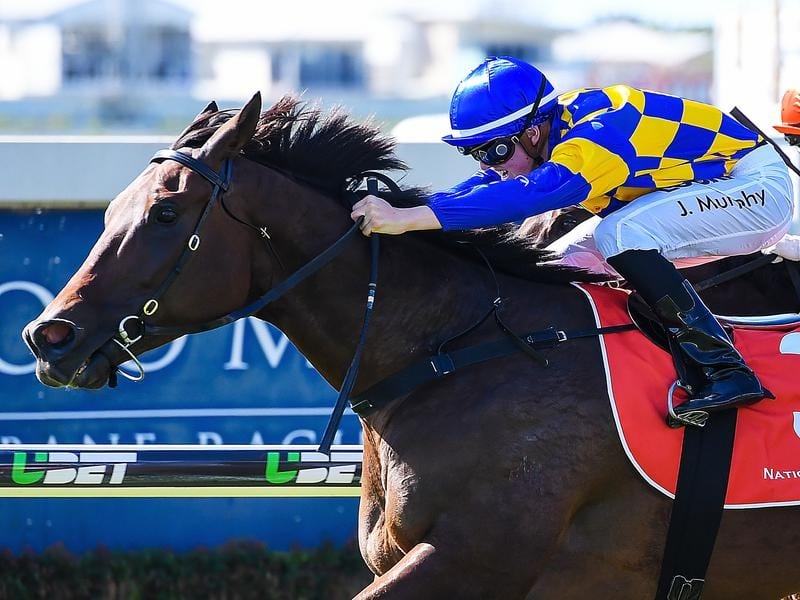 Trainer Stuart Kendrick believes he may have finally worked out why flying gelding Tarzan races so well at the Sunshine Coast over 1000 metres.

Tarzan defends his title as the king of the Sunshine Coast sprinters in the XXXX Open Handicap (1000m) on Saturday.

In 13 starts over the Sunshine Coast 1000m, Tarzan has won eight times and been second a further four.

The only time he has not weighed in at the track and distance was when he missed the start in a race nearly two years ago.

Kendrick has received widespread praise for his work with Tarzan who was once regarded as the wild child of Queensland racing.

The gelding could do everything from miss the start to over-race but Kendrick has worked hard with Tarzan.

“With maturity he has developed into a genuine horse and he does love the 1000 metres at the Sunshine Coast,” Kendrick said.

“I’ve thought about it a lot and think there are a few reasons.

“It is his home track and he is a big horse who likes wide open spaces. Also I think he likes coming out of the 1000-metre chute here because it gives him time to wind up from the start.

“At some tracks he is on the first corner before he can get going. He also seems to like the race surface.”

Tarzan carried 61.5kg when he won his last start at the Sunshine Coast and drops to 59.5kg on Saturday.

“The handicapper is starting to catch up with him when he races at the Sunshine Coast so our options might be limited,” Kendrick said.

“But I am keen to try him again at Eagle Farm so we might find something for him there.”

Kendrick, who had his ninth winner for the month at Eagle Farm on Wednesday, has his sixth Sunshine Coast premiership wrapped up.

He is hoping for a big day on Saturday with 12 runners accepted for the meeting and he is sponsoring the Caloundra Cup.