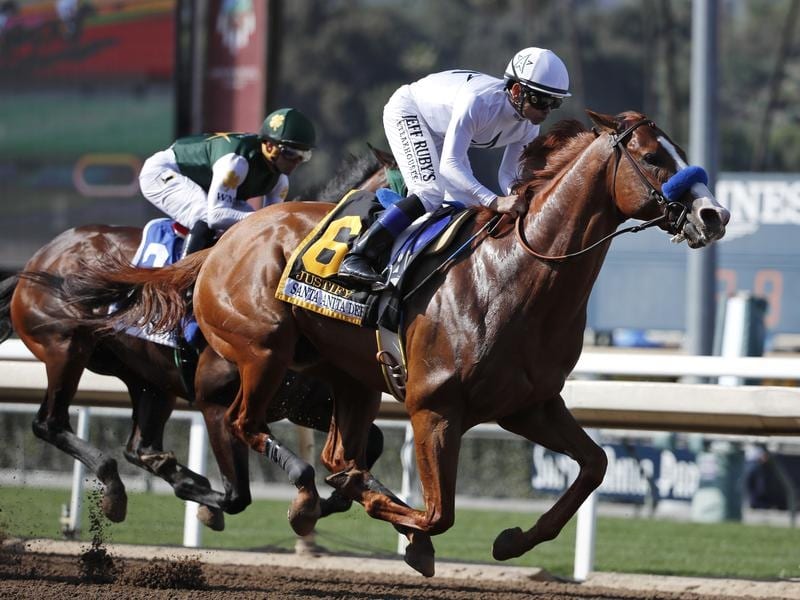 Californian racing authorities have defended their handling of a positive swab returned by Justify in the Santa Anita Derby before he went on to win the Triple Crown.

The California Horse Racing Board, which dismissed the case, says any inquiry into the Santa Anita Derby would not have been completed before Justify ran in the Kentucky Derby.

His Santa Anita Derby win guaranteed Justify of a place in the Kentucky Derby.

The CHRB was responding to a New York Times story which said the Bob Baffert-trained Justify tested positive to the banned substance scopolamine.

Also known as hyoscine, scopolamine is prohibited in horse racing because it can improve horses’ breathing and heart-rate but previous cases have been determined to be likely as the result of feed containing jimson weed.

The Times quoted CHRB executive Rick Baedeker as saying that it would have been “careless and reckless” for regulators to have rushed to complete an investigative report before the Kentucky Derby.

“We take seriously the integrity of horse racing in California and are committed to implementing the highest standards of safety and accountability for all horses, jockeys and participants,” Baedeker told Reuters before saying there would be a further response on Thursday (Friday AEST).

Dr Rick Arthur, the equine medical director of the CHRB, told the Daily Racing Form regulators had concluded the Justify case deserved to be thrown out because evidence that the scopolamine found in the sample was the result of environmental contamination.

The undefeated Justify is standing the southern hemisphere breeding season at Coolmore Stud in the NSW Hunter Valley for an undisclosed service fee.

Coolmore paid a reported $US60 million for the breeding rights to Justify.