Justa Charlie out for redemption 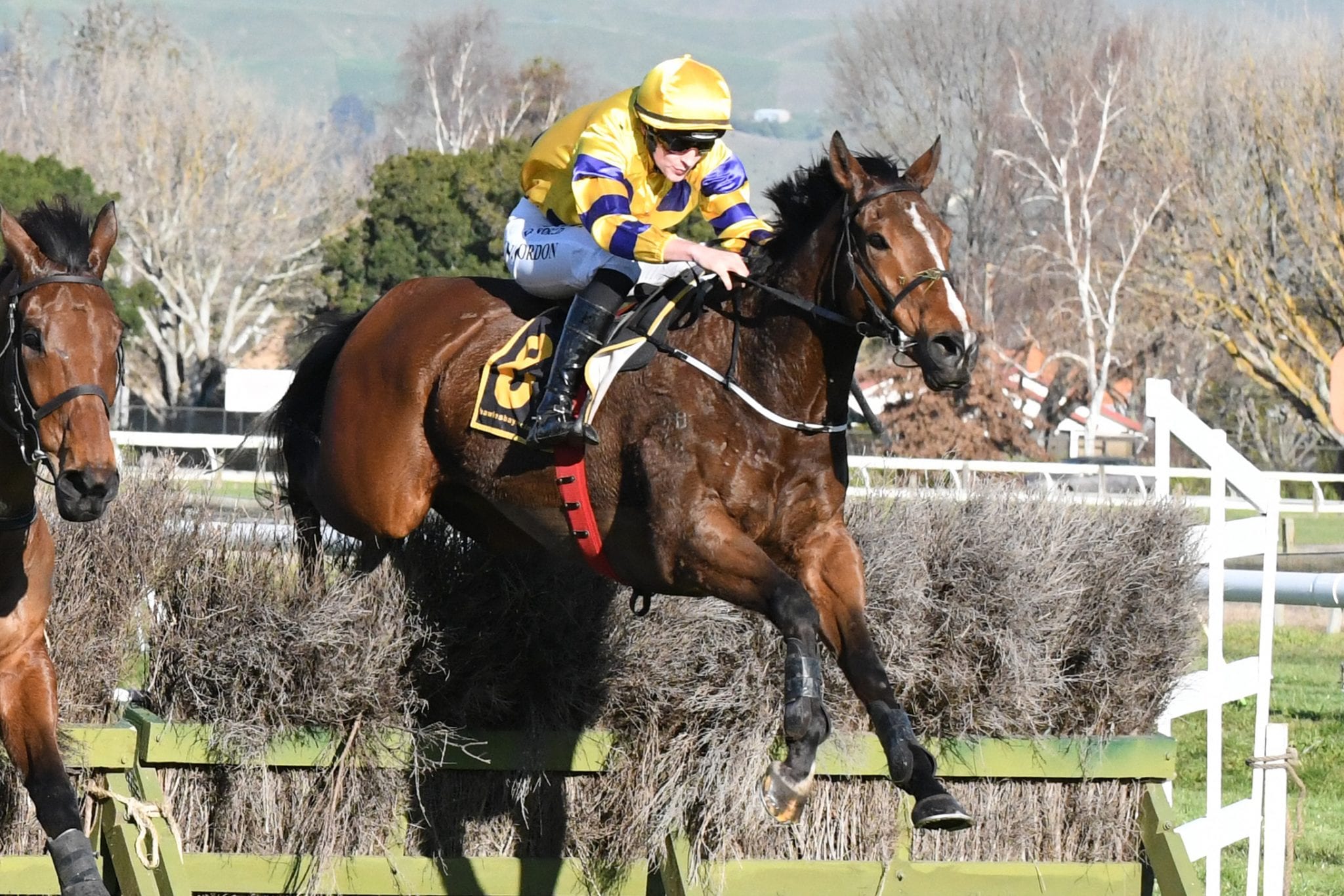 Justa Charlie has been beaten just once over the steeples and he is out to redeem that sole defeat this year. The rising 12-year-old finished runner-up to Max in last year’s Waikato Steeplechase (3900m) and the race will once again be one of his targets this term.

The son of Shinko King put in a solid first-up effort when finishing runner-up on the flat over 2060m at Wanganui last month, which came as a pleasant surprise to trainer Harvey Wilson. “We were thrilled to bits,” he said. “We weren’t expecting that, it was way above our expectations, so that was very pleasing.”

Justa Charlie has continued to impress Wilson with his work at home and he will have a test run at Te Rapa on Saturday in the Ken and Roger Browne Memorial Steeplechase (3900m) prior to his Waikato Steeplechase tilt.

Wilson is cautiously optimistic heading into Saturday, but said his only concern was his gelding’s 72kg impost. “He is top weight and has a lot of weight to carry because we are not claiming, so he has got a job in front of him but we have got to start somewhere,” Wilson said. “Everything seems good with him and we are hopeful he will run a nice race. “But he has performed well at Te Rapa before, so we are looking forward to getting there. “If all goes well we will come back for the Waikato Chase and then carry on from there.”

Justa Charlie will likely be joined in his Waikato Steeplechase quest by stablemate It’s A Wonder. Last year’s Grand National Steeplechase (5600m) winner also placed first-up at Wanganui in his 3000m hurdle last week and he too is being aimed towards the Te Rapa jumps feature. “He has never gone particularly well at Wanganui on a heavy track, so we were very happy with his run,” Wilson said. “He may run at Wanganui on the flat next Friday and then head to the Waikato Chase.”

Wilson’s other topline jumper, last year’s Great Northern Hurdle (4190m) victor Bad Boy Brown, also pleased with his first-up placing over 2060m at Wanganui last month. The eight-year-old gelding is being aimed towards his first tilt over steeples in the coming month, however, the Awapuni Hurdle (2900m) has been highlighted as his first major target of the jumping season. “Bad Boy Brown will run at Wanganui on the flat as well and then he will possibly have a maiden steeplechase before the Awapuni Hurdle.”