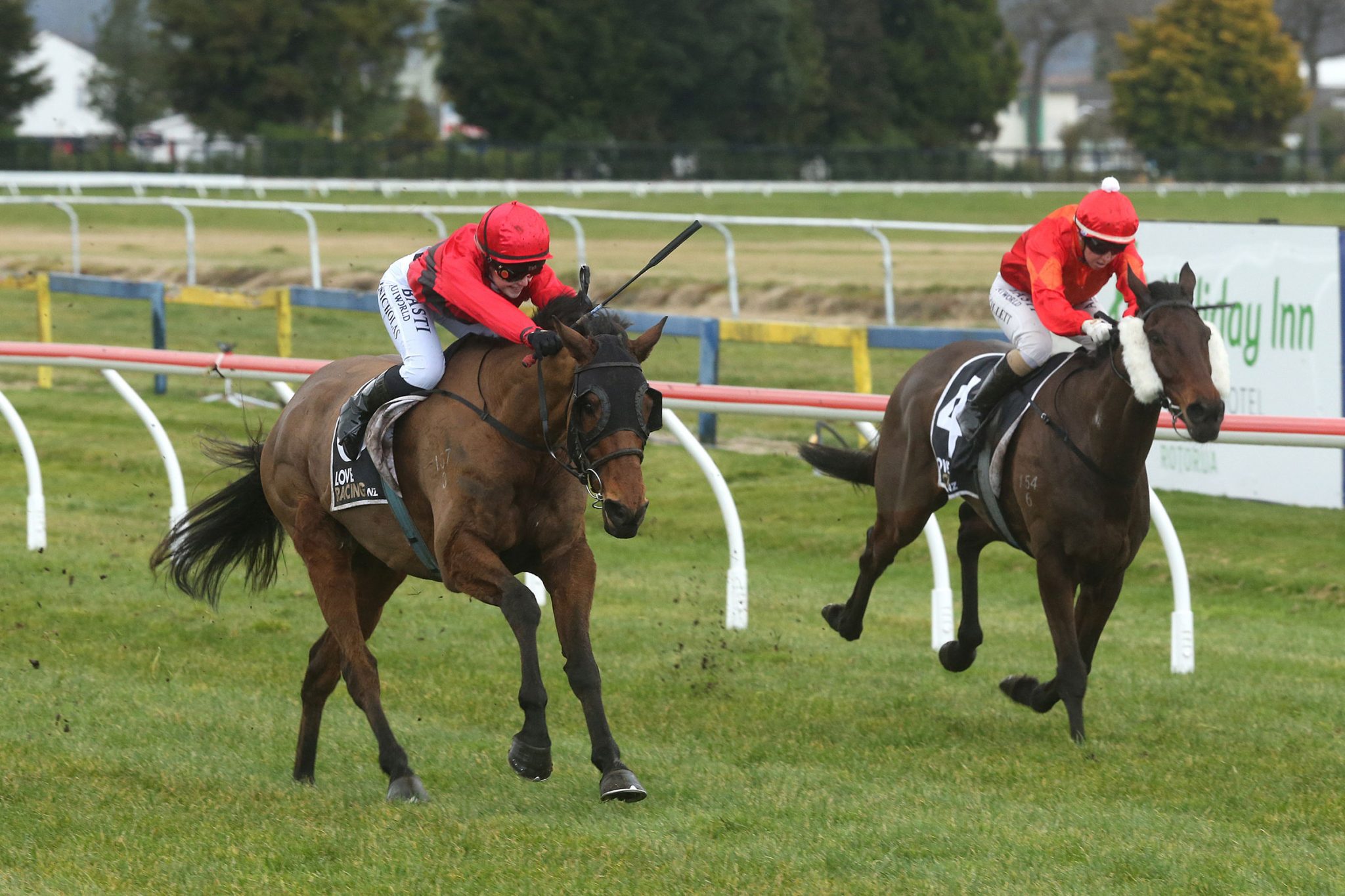 Enigmatic galloper Suliman may have put a proposed jumping career on hold for the time being as he produced a superior staying effort in testing conditions to take out the Taumarunui RSA Gold Cup (2200m) at Rotorua on Saturday.

The rising eight-year-old Redwood gelding had done his early racing from Graham Richardson’s Matamata stable where he won five races before a change of ownership saw him find his way to Paul Nelson and Corrina McDougal’s Hastings operation earlier this year, with his future likely to involve a few starts over the fences further down the track.

Nelson was adamant there was still life in his legs on the flat and he delivered on those thoughts in emphatic style at Rotorua as apprentice Elen Nicholas guided him through the field approaching the home turn before booting clear and holding out the challenges of Timberlake and Border Leicester in the closing stages.

“That was really neat and I’m just thrilled for Elen,” McDougal said.

“When she first came to New Zealand, she came to us and spent some time here.

“She had an amateur license then and had a few rides before she went home to Wales for a wee while, then came back to us again before moving north.

“To see how well she has been going is really wonderful and I’m glad we could give her one of her biggest wins so far.”

McDougal admitted she and Nelson were confident of a good showing by their charge after his trackwork improved markedly throughout the week.

“He has been thereabouts lately, but he didn’t gallop very well on Tuesday,” she said.

“He woke up to himself a bit on Thursday and was very strong in his work, so we thought if he could handle the testing track, he could be in it.

“I’m also thrilled for his owners, the I See Red syndicate, as they always have three horses with us and they bought this guy to replace one of the others they had.”

McDougal was unsure of what the next steps would be for Suliman as an initial plan to take him to the Riccarton Winter carnival might now go on hold.

“I’ll have to speak with Paul as he is the one who puts all the plans together,” she said.

“He had been thinking of taking him south to Riccarton, but that might be put on hold given how well he won today.

“He does jump pretty well, so I can see him having a start over the fences at some stage but maybe not as soon as we thought.”

The win brought about a special result for Westbury Stud-based stallion Redwood, with the first three runners home sired by the son of High Chaparral, who will stand at a fee of NZD$8,000+GST in the 2021 breeding season.