Julius builds towards another campaign 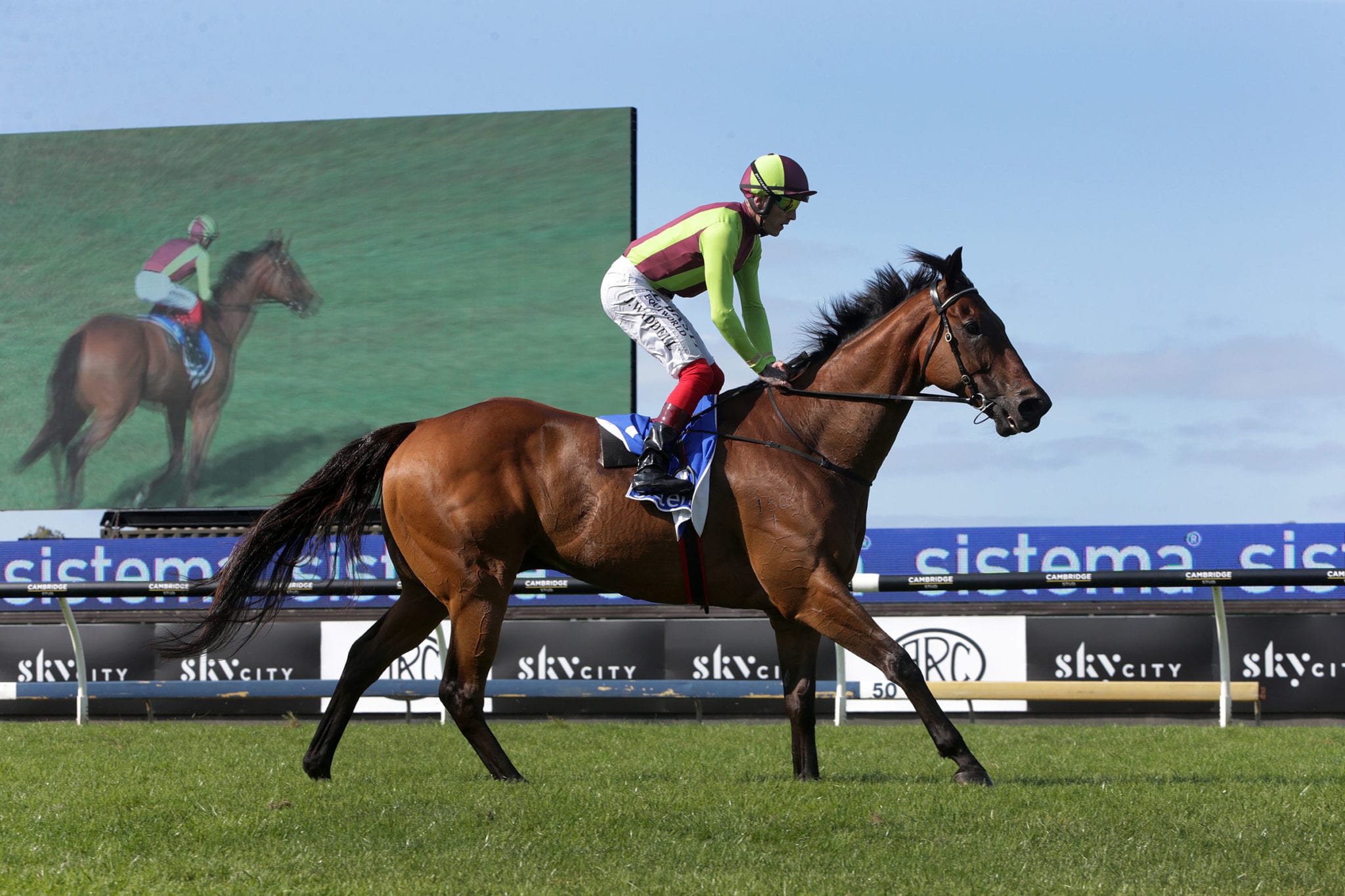 Cambridge trainer John Bell is delighted with the condition of his stable star Julius, who again has summer sprint features firmly in his sights. The lightly raced eight-year-old has won nine of his 17 starts, placing in another six and never finishing further back than fourth.

Last summer marked a triumphant comeback from injury and semi-retirement for the big gelding, scoring brilliant wins in the Group 1 Sistema Railway (1200m) and Group 3 J Swap Sprint (1400m) before finishing fourth in the Group 1 Telegraph (1200m) in his most recent appearance. Bell reported that the high-class son of Swiss Ace has thrived over the last four months. “I’m extremely happy with Julius, he’s right on target for another campaign,” he said. “He’s in amazing order and he’s just in a really great frame of mind. “We’ll go along the same sort of path again with him next season, and we’re looking forward to seeing how he goes.”

Julius is an obvious spearhead for the Bell stable, which has recently farewelled another of its accomplished performers – Storming the Tower, who won nine races and almost $300,000 in stakes. “Storming the Tower has done a great job for us over a number of years, and we’ve decided to retire him,” Bell said. “He’s gone out to be a buddy to a broodmare that we’ve got, who’s a lovely half-sister to Ekstreme. He can keep her company.

“But even without him, we’ll have a few horses coming out through the winter once racing resumes. We’ve got Yorkshire Dales and Athena Baby, who have both shown good ability and are coming along quite nicely. “I’ve also been very pleased with the progress of Noble Star, who’s a five-year-old by Commands out of a well-related Sir Peter Vela mare. He’s already won two races, and he’s come back this year twice as strong. “There’s also Palm Springs, a three-year-old filly who won very well at Taranaki before the lockdown, and some other nice horses like Ata Rangi and Unacceptable. A lot of these horses need a bit of rain, but they’ve got a fair amount of ability and they’re ticking over very nicely at the moment.”

Bell also has high hopes for a number of younger horses coming through his ranks. “There are quite a few nice young horses coming through who look like they’ll be good three-year-old types, so that’s very exciting,” he said. “And there’s a rising four-year-old by Pure Champion, called Celebre. He won a trial at Matamata by the length of the straight, and he has a huge amount of ability. He just has a little bit more to learn. “So we’ve got a little bit to play with in our stable, and hopefully a bit to look forward to.”

Hong Kong remains a crucial part of Bell’s business, and while New Zealand racing has been on hold since March, he has watched with interest as his former runners have stepped out at Sha Tin and Happy Valley. They include Helena Baby, who won five of his nine starts for Bell including the Listed Opunake Cup (1400m). In his final New Zealand start, the Guillotine gelding ran third behind Melody Belle and Wyndspelle in the Group 1 Tarzino Trophy (1400m) at Hastings.

“As we all know, Helena Baby was an absolute star for us here,” Bell said. “In his early starts in Hong Kong, they were putting him in sprint races. He was running 1200 metres in 1:09 and change, but finishing last. “He’s not a sprinter, and I eventually convinced them to try him over 1800 metres. I was hoping they’d go forward on him, but he dropped out last by five lengths. In the end, he was beaten by a head and a head. So hopefully he can build on that. He’s entered for Happy Valley on Wednesday.

“There’s another one called Winning Brew. He’s by Swiss Ace, the same sire as Julius, and when I got him I thought he’d be my replacement for Julius. He had one trial for us and won very well at Cambridge. He had his first start in Hong Kong last week and finished second, so he’s looking very promising too.”