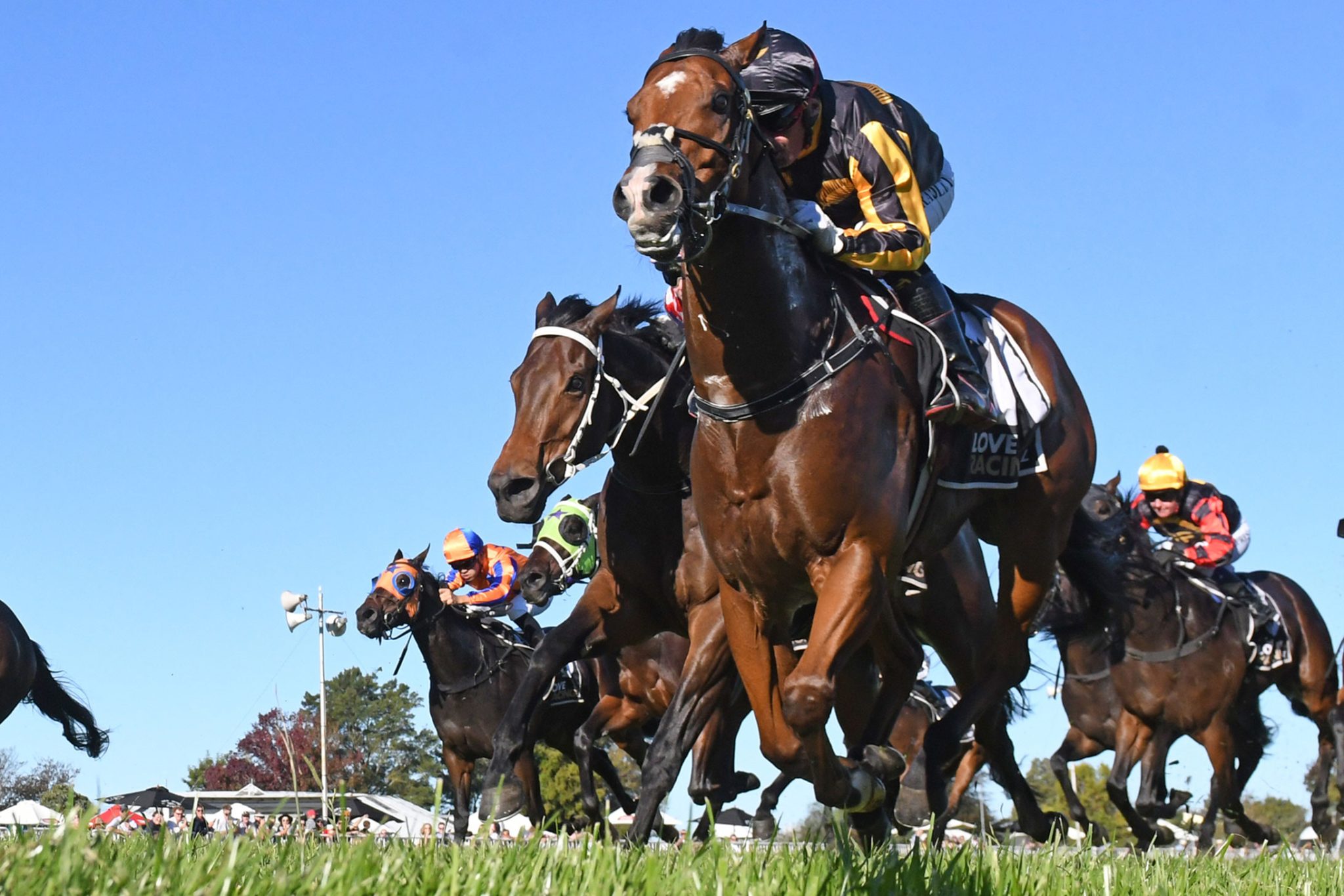 Speedy New Zealand sprinter Johny Johny ran his rivals off their feet to take out the Listed Power Turf Sprint (1200m) at Hastings on Saturday.

The Tim and Margaret Carter-trained four-year-old looked to be one of the many speed influences in the race and so it panned out as rider Darryl Bradley set him alight from barrier three as he dictated proceedings throughout.

Bradley had the son of Charm Spirit travelling comfortably approaching the home bend and shot him three lengths clear early in the run home.

Chased bravely by eventual runner-up Gospodin, Johny Johny started to shorten stride at the 50m, but never looked in danger of defeat as he clung on to win by just under half a length with Cavello Veloce storming home out wide to take third.

Margaret Carter, who shares in the ownership of the gelding with her husband and their son, New Zealand Bloodstock auctioneer Morgan, was rapt with the victory.

“He just has speed to burn so the instructions to Darryl were to go to the front and rate him from there.

“The track had dried out a fair bit during the day and that suited him as last time at Tauranga it was just too wet for him.

“He has been a hard horse to train and just needs to strengthen up further, so we think he will be at his best in his next campaign.

“He’s bred more like a middle distance and his full brother Kirwans Lane races over a mile in Sydney, but this guy is all about speed.

“He doesn’t cope with wet tracks so it’s likely we are going to tip him out now and let him have a breather before we get him ready for next season.”

Johny Johny was a NZD$12,500 purchase out of Grace’s Surrey Farm draft at the 2019 New Zealand Bloodstock Ready To Run Sale and has now won four of his eight starts and over NZD$95,000 in prizemoney.