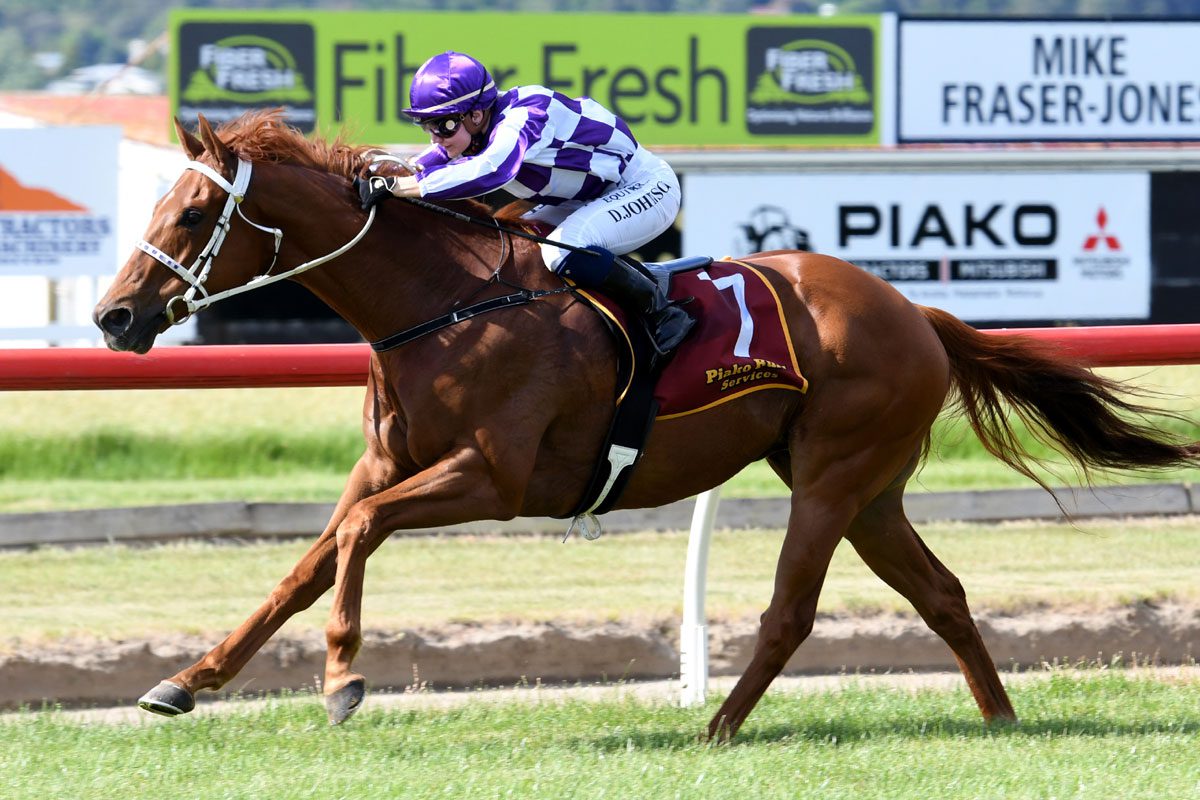 Danielle Johnson has plenty of time for Gold Watch, her mount in Saturday’s Group 2 Rich Hill Mile (1600m) at Ellerslie.

The Waikato jockey had her first ride aboard the Cliff Goss-trained Swiss Ace gelding in the Geoff Brindley Memorial (1400m) at Te Aroha last month and couldn’t have been any more impressed with the five-year-old’s 1.25 length win.

“He’s just so good. He does it effortlessly. Coming around the corner, I thought I was in a little bit of trouble but then I gave him a bit of a dig up and he put a couple of lengths on them so quickly,” Johnson said.

“He just finds and floats over the ground. It’s going to be good getting him against a better class of horse.”

Despite the rise in grade, Gold Watch is a +120 favourite with bookmakers for the Rich Hill Mile.

With Gold Watch’s 54kg allotment ruling out his regular rider Jonathan Riddell, Johnson is again eager to make the most of her opportunity aboard the winner of each of his last six starts.

“He’s in at a beautiful weight which is lucky for me or else I wouldn’t be on him. Jonathan will be edging his way back onto him pretty shortly. I’m a seat-warmer for the light weights,” Johnson said.

“I can be pretty open-minded about where I ride him. He’s drawn (barrier) nine and he can sit midfield. I got to ride him just behind the leaders last time, just with the better draw but I don’t feel there’s any real urgency to dig him up by any means. A lot of his wins have come from back off them a little bit.”

Johnson has a full book of 10 rides at Ellerslie, with Roch ‘N’ Horse her mount in the Group 1 Sistema Railway Stakes (1200m).

“Her work at Matamata was super,” she said.

“We’ve got a good draw (barrier one) so we’re halfway there with that but we’re up against Entriviere and Levante who will both be hard to beat.

“They are the two best horses in the race, but her runs have been super. She keeps showing up in those good races and I’m happy to be on her.”

“I’m really looking forward to riding her again and then to riding her in the Karaka Million after that. She’s full of class. I’d love to see her win on Saturday and then win again next time too,” she said.

“I’ll ride her back like I did the other day,” Johnson said “She’s got in on an amazing weight again and her work was second to none on Tuesday morning so I’m going into the race really confident.”

“Gee Cee looks like a horse going places and I’ve got a nice draw on him and the team holds Miss Cartier in pretty high regard. I’ve got a really nice book of rides,” she said.