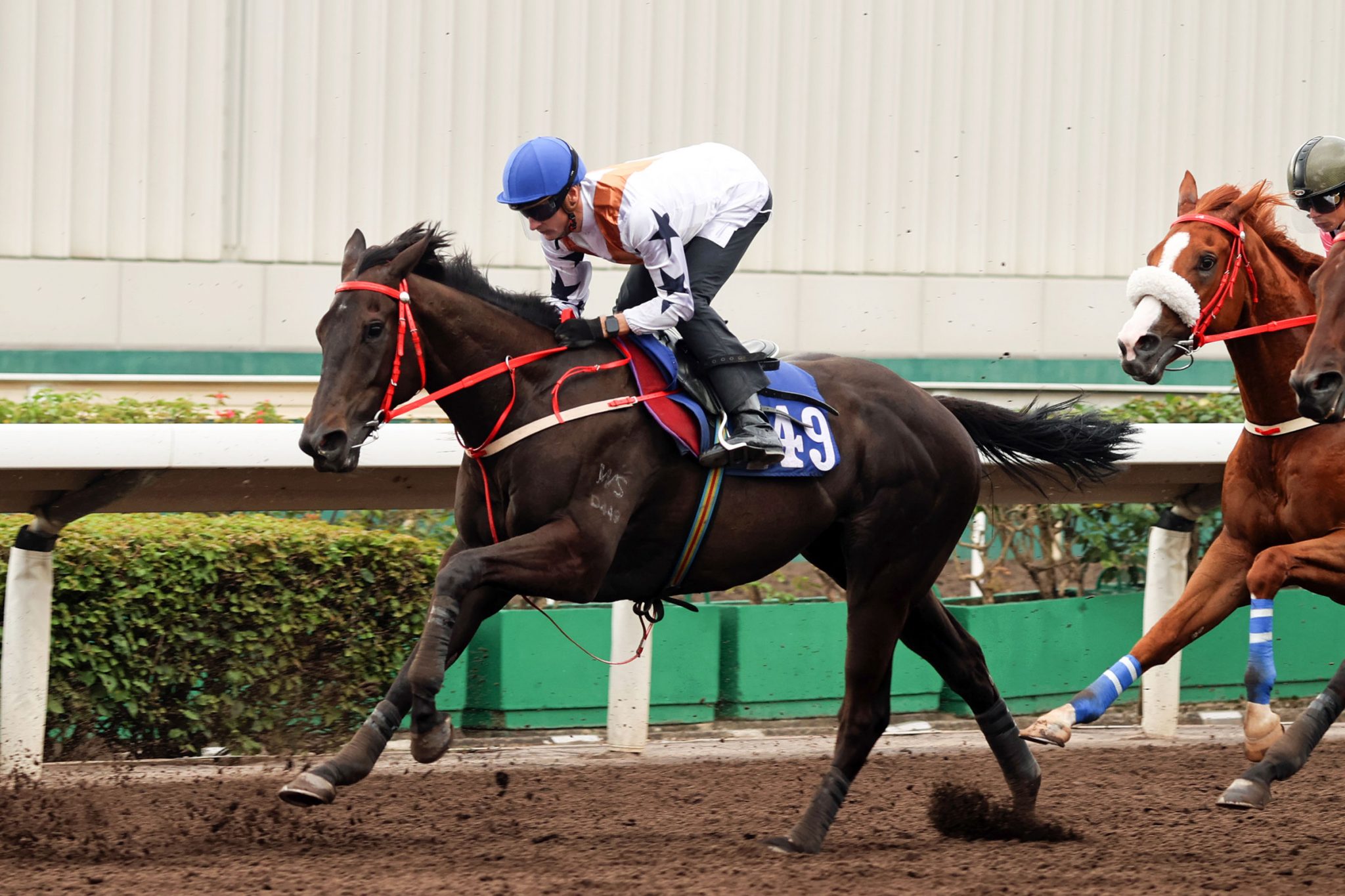 Beaten for the first time when fifth when resuming behind Lucky Patch in the Group 2 Premier Bowl Handicap (1200m) at Sha Tin on 17 October, Courier Wonder was partnered by Blake Shinn on the dirt course today in a measured workout over five furlongs.

Acclaimed as Hong Kong’s Most Improved Horse last season with five wins from as many starts while rising from 52 to 107 in the handicap, Courier Wonder was never allowed off the bit today by Shinn as he finished a hard-held third behind David Hayes-trained Ginson and Tony Cruz’s Singapore Spirit.

“He seemed fine. He seemed pretty relaxed and he’ll run on the 21st of November,” said Size, who also saddled Champion’s Way in the second batch with the gelding crossing in ninth place behind Hayes-trained This Is Guts.

Beaten six and a half lengths, Champion’s Way trialled in typically understated fashion ahead of the Group 3 Sa Sa Ladies’ Purse Handicap (1800m) on 7 November at Sha Tin, clocking 1m 11.33s for the 1200m journey.

“Champion’s Way, he’s always a bit lazy in the trials. He’s going to run in the Sa Sa, so I wanted to give him a trial before that. He seems okay.”

Zac Purton partnered Waikuku over 1200m on the dirt, crossing the line as the sixth of seven runners behind stablemate Master Delight in 1m 11.08s in a satisfactory outing, according to 11-time champion trainer Size.

“It was a normal trial for Waikuku, that’s what he does – he just rolled around,” Size said.

Finishing three and a half lengths astern of Master Delight, dual Group 1 winner Waikuku is next likely to contest the Group 2 BOCHK Private Wealth Jockey Club Mile (1600m) on 21 November.