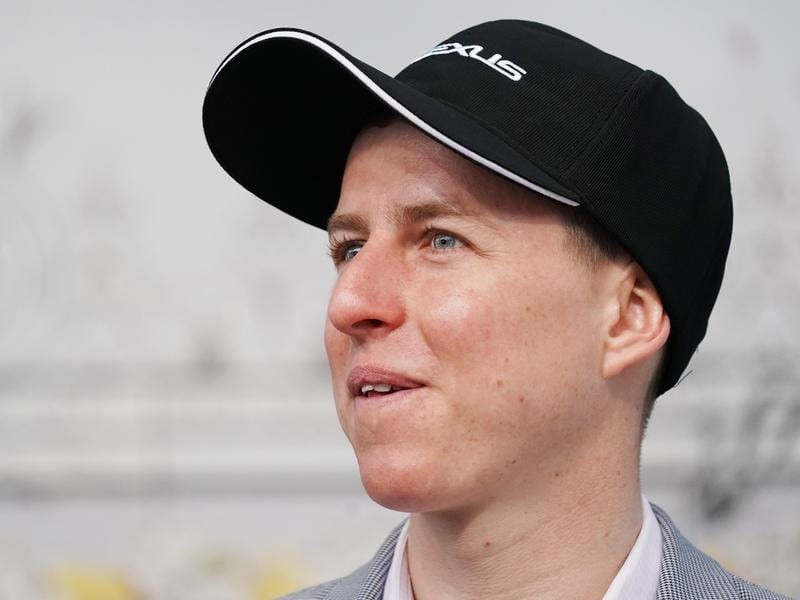 Damian Lane is philosophical as he attempts to become the first jockey to complete the “grand slam” of Australian racing in one year by winning the $8 million Melbourne Cup.

“It’s not going to change how I ride or how the horse runs.”

If he succeeds on Tuesday aboard Japanese stayer Mer De Glace, Lane will become the first jockey to win the big four races – the Golden Slipper, Caulfield Cup, Cox Plate and Melbourne Cup – in one year.

“I really have to pinch myself, reflecting back on it,” Lane said.

“It’s been an amazing thrill.”

The Cup is also the missing link in Craig Williams’ quest to join the elite group of jockeys to have won the grand slam during their careers.

Williams, who missed out on the winning ride on Dunaden in the 2011 Cup due to a suspension, is confident Australian-bred and trained Vow And Declare has the right credentials to fight off a strong international contingent this year.

Asked what it would mean to win the Melbourne Cup, Williams responded: “Well I keep telling everyone, because I haven’t won it’s just another handicap.

“But if I win it I’m sure you’d say it’s the greatest race on earth.

“It’s not only the race that stops a nation but as you can see by the participations now, it’s a world-targeted race and it’s a big thrill to be a part of it. And to win it would be even more special.”

Three-time Melbourne Cup-winning jockeys Damien Oliver, aboard Mustajeer, and Kerrin McEvoy, on Finche, are hoping to add to their hauls.

A fourth win would put them equal with Bobby Lewis and Harry White as the most successful Melbourne Cup jockeys.

“It’s a race that obviously captured our imagination as young kids wanting to be jockeys,” McEvoy said.

“I’ve been blessed enough to win it three times. I’m thrilled about that.”

Cross Counter, to be ridden by William Buick, is striving to become the first international horse to win the Cup twice.

Only five horses in the Cup’s 158-year history have achieved the feat including three-time winner Makybe Diva.

Prime Minister Scott Morrison and Opposition Leader Anthony Albanese were both backing an Australian win by Vow And Declare.

“It would be great to see an Australian trained and ridden horse actually get home in the Melbourne Cup,” Mr Morrison said.

Hundreds of people are expected to join an anti-horse racing protest outside the course, following recent allegations of animal cruelty involving racehorses sent to a slaughterhouse.