Jim Byrne Fired Up For Group One Result 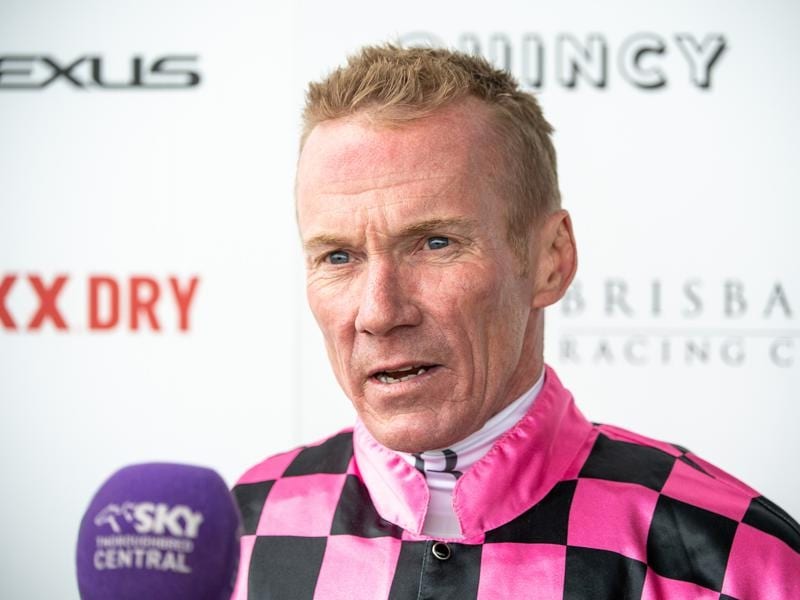 One of the motivations driving jockey Jim Byrne during an injury-enforced absence was to get back in the saddle in time to ride Rothfire during the winter carnival.

Hard work will see Byrne partner Rothfire in the JJ Atkins at Eagle Farm on Saturday and the gelding looks a strong chance to give him his sixth Group One success.

Byrne broke his leg just below the knee when a horse was spooked and tossed him after crossing the line at Doomben in the Phelan Ready Stakes at Doomben in December.

After recuperating from an operation, Byrne was back riding in March but lasted only a week before having to return to the operating theatre.

Many were predicting Byrne would miss the winter but they didn’t take into account the jockey’s desire to get back.

He was riding again six weeks later after intensive rehabilitation.

Byrne’s manager Cameron Partington said there were few sportsmen who were better “healers” than Byrne.

“Jim hates to be on the sidelines. He drives his family mad if he is home all day,” Partington said.

“He was determined to get back and he has done it with time to spare.”

Byrne has eight winners in his comeback, including Rothfire in the Group Two Champagne Stakes.

He doesn’t see a wide barrier of 14 as a major disaster for Rothfire in the Atkins.

“Horses can win from out there as it is a long run to the first turn. He is the type of horse to just let roll after the start,” Byrne said.

“I liked the way he relaxed in trackwork on Tuesday morning and I keep saying he is the horse they have to beat.

“He is a nice horse, improving all the time and can go on from here.”

Rothfire has won five of his six starts and trainer Robert Heathcote ignored races such as the Golden Slipper in Sydney to wait for the winter.

Heathcote has won 10 Group One races but a victory in the Atkins would be his first in Brisbane.

It would also be a Group One first for Rothfire’s sire Rothesay who has had a resurgence since he moved to the famous Lyndhurst Stud near Warwick.