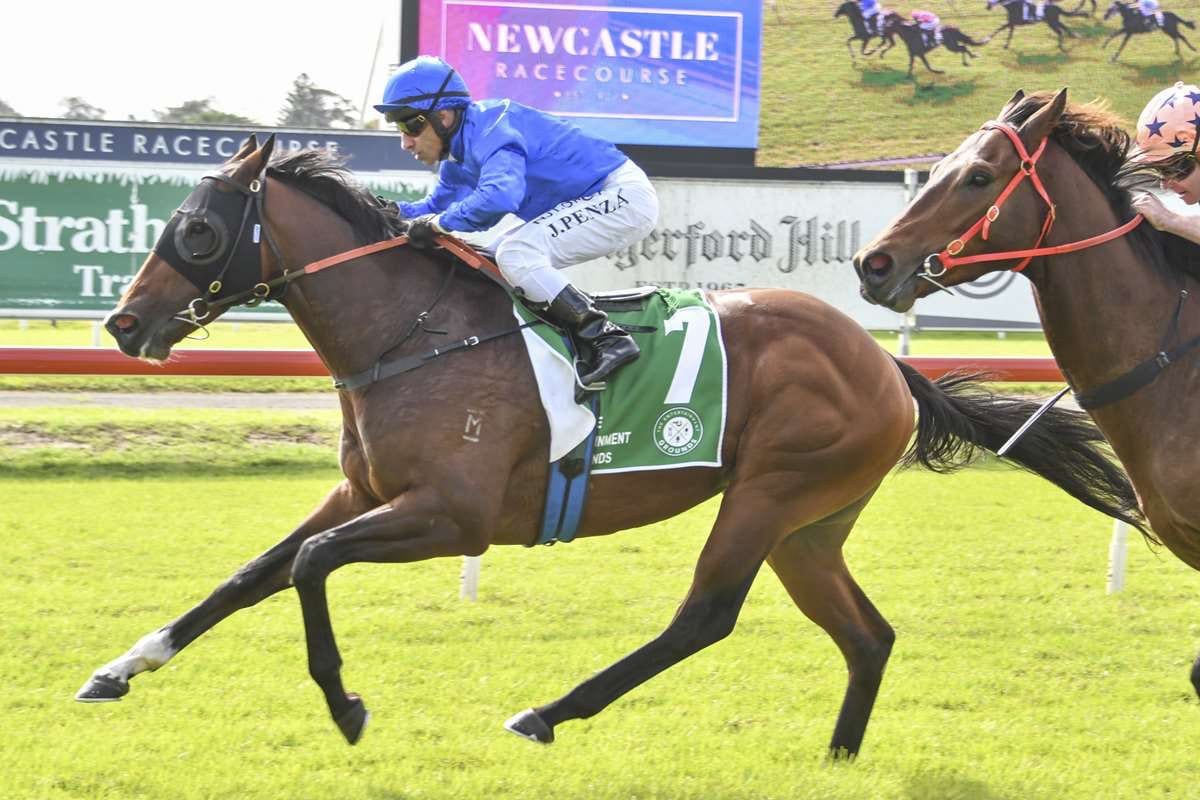 Jeronimos, a two-year-old son of Mapperley Stud stallion Contributer tackles 1400m for the first time on Saturday at Randwick when he contests the Castelvecchio @ Arrowfield Handicap and trainer James Cummings believes the last-start winner will appreciate the step up in distance.

Successful at Newcastle when defeating older horses over 1200m, the Godolphin colt will be having his third raceday start after placing on debut. “He’s a good no nonsense colt and it will be interesting to see if he handles the step up in distance,” Cummings said. “He looks a bit more comfortable over seven furlongs. “I’m not sure what his best distance is yet, but he’s bred to get over further and we look forward to trying him over longer distances.”

Rated a $7.50 chance in the opening race, Cummings is unsure how Jeronimos will cope with the rain-affected conditions, with Randwick currently a Heavy8. “We think if he continues to progress as we feel he can, he’ll be more than competitive in that race tomorrow. “He’s a progressive horse so we haven’t any lofty ambitions for him yet. We have a couple of Contributers in the stable but he is the most precocious of them at this stage.”

Out of the stakes-winning Volksraad mare Viana, Jeronimos was bred by Jonny Orr and sold by Mapperley Stud at the 2019 New Zealand Bloodstock National Yearling Sales in Book 1 for $250,000 where he was purchased by Godolphin. A dual Group 1-winning son of High Chaparral, Contributer raced for Godolphin and stands at Mapperley Stud for a fee of $10,000+gst. His first crop of juveniles have impressed, with the John O’Shea-trained Lion’s Roar winning on debut last month and being targeted at Group assignments in spring.

New Zealand-bred mare Loveseat will also represent the Cummings team at Randwick on Saturday, where the Savabeel four-year-old contests the Schweppes Handicap (2400m). Like Jeronimos, Kerrin McEvoy will take the ride on Loveseat, who closed well late last start behind High Opinion whom she meets again on Saturday. “She was getting to the line quite nicely last time at Randwick over 2000m, she should be right at her top and a mile and half seems to suit.”

Loveseat has previously won over 2400m and the consistent mare has won four of her 21 starts with a further nine placings. A $350,000 yearling purchase by Godolphin from the Waikato Stud draft at the 2017 New Zealand Bloodstock Premier Yearling Sale, Loveseat is out of the O’Reilly mare Sitting Pretty and is a full-sister to Group 3 winner Missybeel.