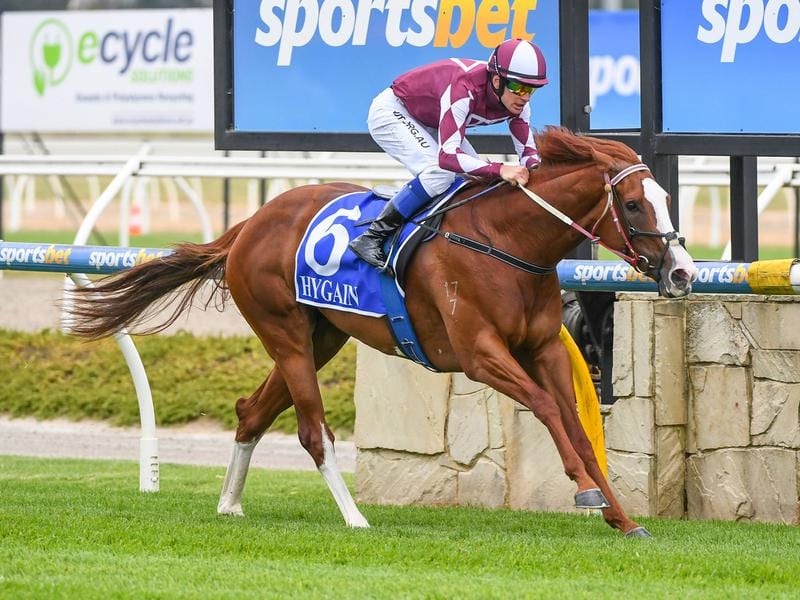 An all-the-way win by brilliant filly Written Miss in the opening race at Pakenham has brought together a new trainer launching her career with aplomb and a veteran jockey relaunching his.

The trainer is Caroline Jennings and the jockey is Jason Benbow, the pair combining to score with Written Miss who showed speed to keep her undefeated record intact.

Jennings trains for jeweller James Kennedy and Written Miss was her fourth winner from five runners this week.

In total, she has saddled up 16 runners in her career for five winners.

Benbow, 34, is a Group One-winning jockey whose career has been hindered by serious injuries in recent years which sidelined him for 15 months between 2018 and 2019.

Written Miss gave him his first Melbourne city winner since Astro Castro at Flemington in July 2016.

He has also since won the Group Three Bow Mistress Stakes on Ocean Embers in February 2018 at Hobart.

Benbow said Written Miss was an exciting filly with a lot of potential who felt like she was never out of second gear.

“Obviously my personal battles have been well documented so a big thanks to Kennedy Racing and the whole team there to have the confidence to give me the opportunity on a filly like this,” Benbow said.

Benbow said he had teamed up with his old boss Peter Moody, who was working him hard and he was the fittest he had ever been.

“It’s a small stepping stone so hopefully we’re only (going on to) bigger and better things,” he said.

Jennings said it had been a great week and she described her success as surreal.