Jamaican Rain Leads Throughout At Sandown 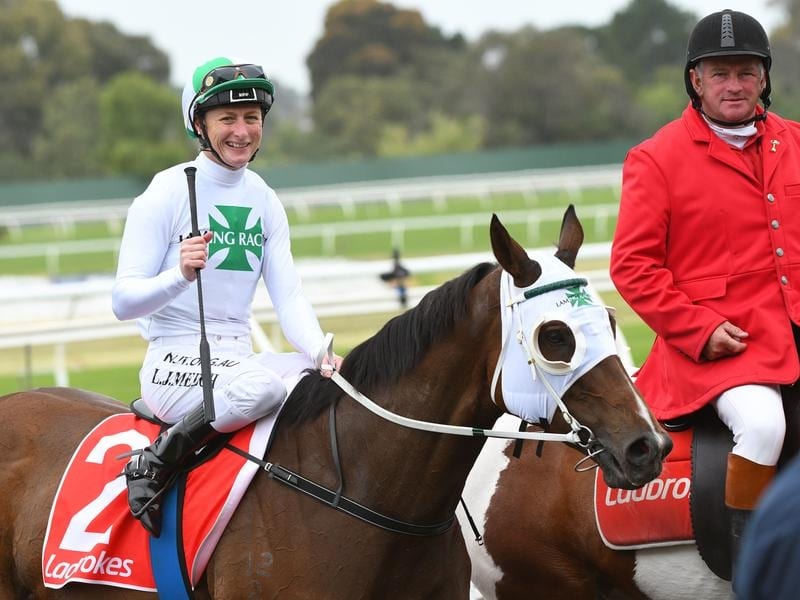 Trainer Richard Laming has bounced back from having Jamaican Rain scratched from a race on Melbourne Cup day with a consolation win at Sandown.

Jamaican Rain was scratched with a knee injury at Flemington which Laming said was deflating for himself and connections.

Ridden by Linda Meech, Jamaican Rain ($12) led throughout in Saturday’s Group Three Summoned Stakes (1500m) scoring by a short half-head from Sweet Scandal ($5) with One More Try ($8) the same margin away third.

Laming has to front Racing Victoria stewards over an alleged raceday treatment that combined with the knee injury led to Jamaican Rain’s scratching on Melbourne Cup day.

“She hurt her knee and it would have been nice to have been there on the day but this is a good consolation,” Laming said.

“It’s a Group Three, good for everyone involved.”

Laming will wait and see how Jamaican Rain recovers from Saturday’s win before deciding on a program for the seven-year-old mare.

“She’s won on a good three today and has proved she’s not just a wet tracker,” Laming said.

“She obviously missed the run on Melbourne Cup day with injury and that was in the back of my mind today as she’d had only one gallop leading into this.

“But she was very game today going to 1500 metres first time at Sandown on a testing track, it was a very good effort.”