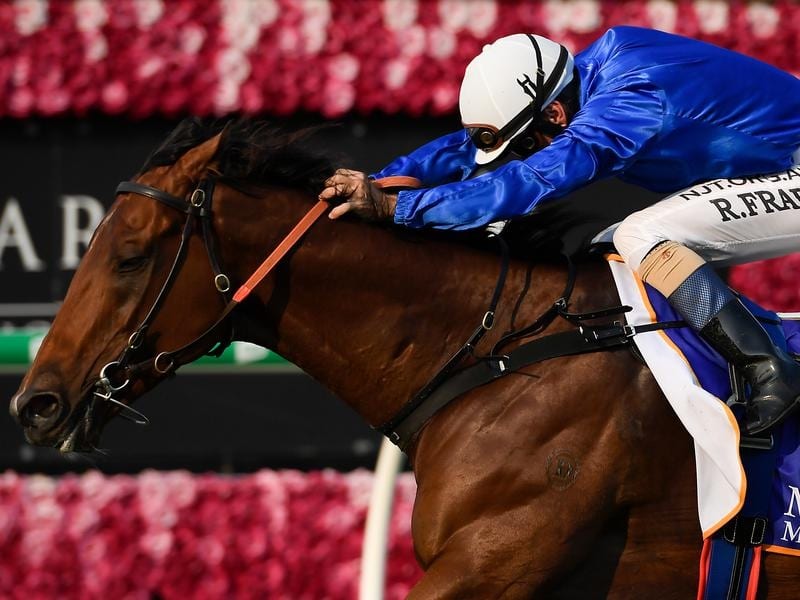 It was the first win for the summer carnival for the Godolphin stable with head trainer James Cummings planning to build-up his numbers.

The won also gave Isaurian a wild card into the Magic Millions Snippets in three weeks.

Isaurian ran 1 minute 8.76 seconds which was the third track or class record of the day.

Last year Godolphin had a big summer carnival which culminated with Exhilarates winning the Magic Millions 2YO Classic.

Travelling manager Nacim Dilmi said the stable hoped to have an equally good summer this year.

“Isaurian won the Chief De Beers Stakes in the winter but it is good to go get another black-type race. He is a very good fresh horse but this is his first fresh win at 1200m and his first win at 1200m,” Dilmi said.

“When there was a lot of pace early I was very happy, We will keep him on the fresh side for the Magic Millions in three weeks time.”

Sydney jockey Josh Parr was to ride Isaurian but his plane was cancelled and he missed the meeting.

Fradd picked up the ride and said he was always happy to ride for Godolphin.

“This is a really nice horse and he will improve further,” he said.

Fradd had earlier won on Guntantes and Malahide.

Scallopini ran on well and jockey Boris Thornton felt he should have finished closer.

Fiery Heights ran his best race for some time after sharing the lead with favourite Spurcraft who dropped out in the straight to finish well back.

“He is back somewhere near his best,” trainer Barry Lockwood said.