Irithea Gets Another Group One Chance 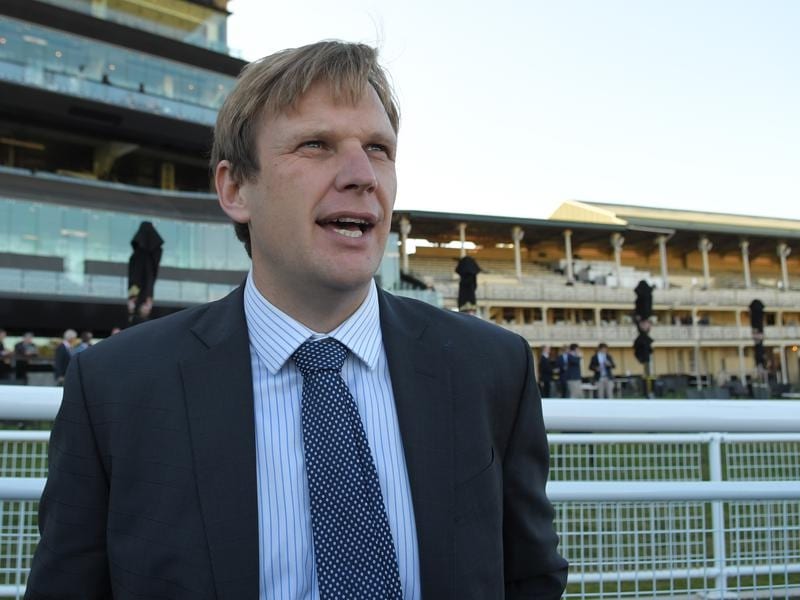 Irithea will wear blinkers in the Group One Tatt’s Tiara at Eagle Farm but trainer Bjorn Baker stresses that does not mean she will be ridden to lead.

Irithea will be looking to give the Sydney trainer his third stakes winner of the winter carnival in the final Group One race of the Australian season on Saturday.

Baker has been pleased with the mare since she ran ninth in the Group One Stradbroke Handicap last Saturday week.

The Stradbroke was run at a breakneck speed and Irithea was unable to lead from barrier 13, sitting wide just off the pace.

The mare led at her two previous starts when fourth in the Group One Kingsford Smith Cup after her win in the Group Three Hawkesbury Crown.

Baker says there is no need for Irithea to get to the lead on Saturday with the mare drawing gate 17 with three emergencies drawn inside her.

“I don’t agree she has to lead to win. I think she can take up a position just off the pace if need be,” Baker said.

“We will put blinkers on her. It is her grand final for this campaign so every little bit helps.

“I couldn’t be happier with her and she has flourished the winter sun in Queensland.

“I know she is a five-year-old mare but maybe the best is yet to come for her.”

Irithea, who is raced by a Darby Racing syndicate, is one of the few mares in the field who will race on after the Tiara with many headed to the broodmare barn.

“At this stage I understand she will race on for another season,” Baker said.

“Right from her first run this time in she has improved. She could have gone to the Dark Jewel at Scone after Hawkesbury.

“But we have thought she deserved her chance in Group One races.”

As a mare by champion sire Snitzel and already the winner of seven races and $570,000 prize money, Irithea is a valuable stud proposition.

“We have had a bit of success this winter but it would be good to finish with a Group One, ” he said.

Robbie Fradd rode Irithea in the Stradbroke but James Orman who was aboard in the Kingsford Smith Cup has the ride on Saturday.

“Jim couldn’t make her weight in the Stradbroke but he did a good job in the Kingsford Smith Cup,” Baker said.

Orman is having his best season in terms of black-type wins with five and he also won the $500,000 Aquis 2Y0 Jewel this season.

The 22-year-old jockey has ridden 515 career winners and 14 stakes winners but is yet to score in Group One company.