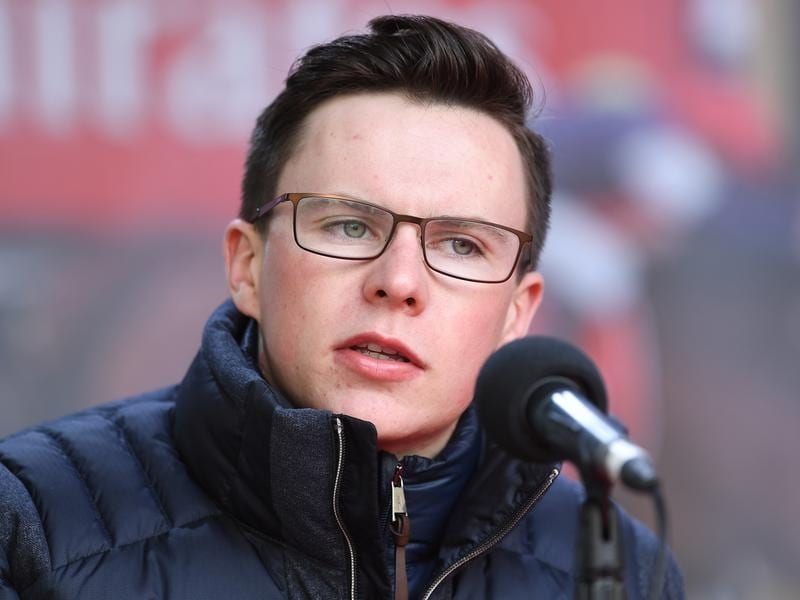 Joseph O’Brien has become the youngest trainer to saddle a Breeders’ Cup winner with Iridessa storming home in the Filly & Mare Turf at Santa Anita.

In 2011, O’Brien became the youngest jockey to win a Breeders’ Cup race aboard St. Nicholas Abbey and has joined Freddie Head as the only other person to ride and train a winner at the meeting.

The 26-year-old is is also the youngest trainer to win a Melbourne Cup with Rekindling in 2017 and has four chances in the race on Tuesday – Latrobe, Twilight Payment, Master Of Reality and Downdraft.

Iridessa was ridden by Wayne Lordan and battled on gamely to overcome the challenge from Vasilika.

“It was always the plan to finish her season here and we were fortunate to have a good draw and things worked out lovely under a great ride by Wayne,” O’Brien said.

“It’s unbelievable. I’ve always got a much greater kick training a winner than riding a winner since I started training.

“It’s a dream, really, I’ve had a handful of Breeders’ Cup runners, but for this to happen it’s very special and it hasn’t sunk in yet.”

O’Brien said he hoped Iridessa would stay in training next year.