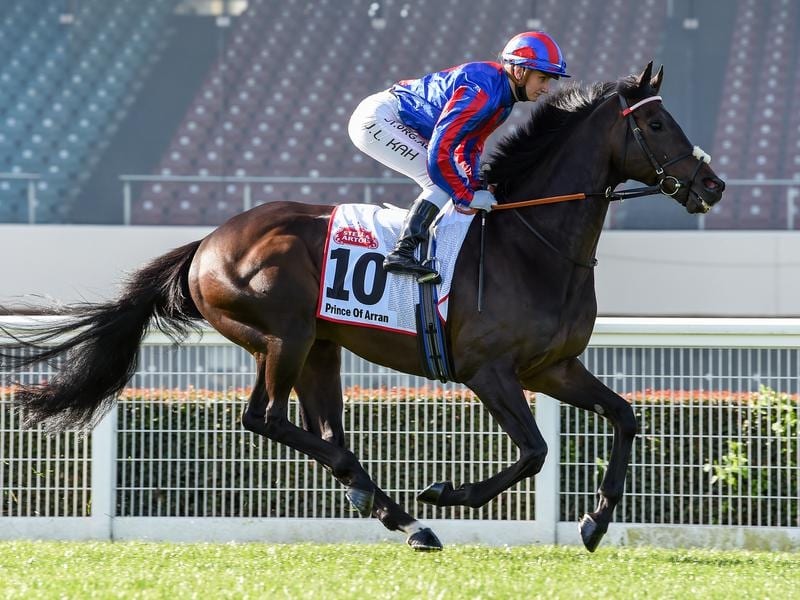 Nominations have been released for the three major Melbourne Spring Carnival feature races – the Melbourne Cup, Caulfield Cup and Cox Plate – with only 16 internationally trained horses in the mix.

The total number of nominations is strong, with 174 horses bidding for a place in the Melbourne Cup, 170 in the Caulfield Cup and 153 horses hoping to etch their name in the Cox Plate history books, but the international numbers are quite low.

In recent years, injuries sustained to several high-profile runners – predominantly internationals – in these Victorian features have led to the introduction of strict protocols which require horses from overseas to undergo rigorous screening both before and after they travel to Melbourne.

After Anthony Van Dyck was euthanised in last year’s Melbourne Cup, 41 new recommendations were adopted in order to prevent these injuries occurring to other international runners.

“It goes without saying that the horses are the heroes of our sport. They are much loved by their owners, trainers, stable staff and racing fans,” the Racing Victoria Chairman, Brian Kruger, said in an April press conference.

“Racing Victoria and the broader racing industry has a duty to provide for the safety and welfare of our racehorses.

“This is a responsibility that lies at the core of our existence, and one that we don’t take lightly.”

The new measures mean that international horses who travel to Australia via Werribee’s quarantine centre will be permitted to have only one start prior to taking their place in the Melbourne Cup; all horses – international and local – must undergo a CT scan of their distal limbs before being permitted to compete in the Melbourne Cup, with the costs to be met by RV; and an additional pre-race veterinary inspection of all starters will be conducted by a panel of RV veterinarians on the day prior to the Melbourne Cup, in addition to that already conducted on the Thursday or Friday prior to the race.

O’Brien has also nominated Baron Samedi, Benaud and Master Of Reality for the November feature, with the latter looking to take his place in the Melbourne Cup field for the third time.

Baron Samedi, a five-year-old gelding by Harbour Watch, was on a seven-race unbeaten run – including a win over Master Of Reality at Navan over 2800m on April 25 – before he finished fifth in the Group 1 Grand Prix de Saint Cloud in France on July 4.

While Joseph O’Brien has decided to bring four runners out, his father, Aidan, will not send any horses in 2021.

“I’m not sure whether we’ll get to go to Australia with many horses at all this year because there’s a new scan brought in that very few horses will pass,” Aidan O’Brien told Dubai Racing TV.

“It’s a nuclear scan they’ve brought in where you have to inject dye into their system and they have to stay in a closed box for four days for this nuclear thing to work.

“Really it’s probably impossible for us to go with horses if that is one of the new things this year. Maybe that will change.”

Alongside Twilight Payment in the Melbourne Cup nominations is fellow winner Vow And Declare, who joins stablemates Young Werther and Miami Bound in the hunt for a place in the $8 million Flemington feature, while the Bob Peters operation in Western Australia has nominated Inspirational Girl and Superstorm for both the Cup and the Cox Plate.

“We can’t have him (Vow and Declare) in any better shape,” Danny O’Brien’s racing manager, Matt Harrington, told SEN Track.

“The key for him is when you win a Melbourne Cup and the next year you get given the weight of a Melbourne Cup winner, it’s very hard for a lot of horses to take the next step and go again.

“Hopefully this year we get a reasonable weight to give him a chance, and we can’t have him going any better.

“We’re excited about getting him up and going and we think you’ll see the best of him again.”

While Twilight Payment and Vow And Declare return to have a crack at winning two Melbourne Cups, the Japanese have zero nominations for Melbourne this spring despite the likes of Chrono Genesis, Lei Papale, Contrail and Gran Alegria all sitting towards the top of the futures markets for the Cox Plate.

This was likely to happen, according to Racing Victoria’s Executive General Manager, Greg Carpenter, due to scintigraphy (the nuclear scan required for international horses to travel to Australia) not being available in Japan due to a ban on radioactive materials, which has been the case since World War 2.

“They’re (Japanese horses) exempt because you simply cannot do it (scintigraphy), but the challenge we have with the Japanese is the actual flights and getting handlers and strappers onto the plane,” Carpenter told SEN Track in June.

Chris Waller has taken full advantage with the lack of internationals and nominated 19 horses for the Melbourne Cup, including Caulfield Cup winner Verry Elleegant, Sydney Cup winner Selino, Queensland Derby winner Kukeracha, and 2019 Melbourne Cup third-placegetter Il Paradiso, who has not raced since since due to an injury setback.

While Waller has 19 nominated runners, the Ciaron Maher & David Eustace stable also have a strong hand in the Melbourne Cup with 18 nominations including the 2020 Cox Plate winner, Sir Dragonet, who will be looking to better his sixth-place finish in last year’s edition; Persan, who finished fifth in the Cup in 2020; and up-and-coming stayer Grand Promenade, who has posted impressive back-to-back win at Flemington.

Charlie Fellowes’ popular runner Prince Of Arran is nominated for his fourth straight Melbourne Cup, with the now nine-year-old gelding yet to miss the minor placings in his three attempts to date.

Queensland’s staying ranks have been quite weak in the past few years, but a number of connections have dared to dream in 2021 with a total of four gallopers from the Sunshine State nominated across the three major Victorian races: Alligator Blood (Cox Plate), Alpine Edge (Cox Plate), Flash Aah (Melbourne Cup) and Purrfect Deal (Melbourne Cup).

The formerly Toowoomba-based stayer Incentivise is also among the nominations and is the current favourite in both the Caulfield Cup and Melbourne Cup betting markets, while some star performers from the Brisbane Winter Carnival – namely Zaaki, Duais and Converge – are in the mix as well.

The Caulfield Cup will be run and won on October 16, before the Cox Plate goes around on October 23, while the nation will stop for the Melbourne Cup on November 2.