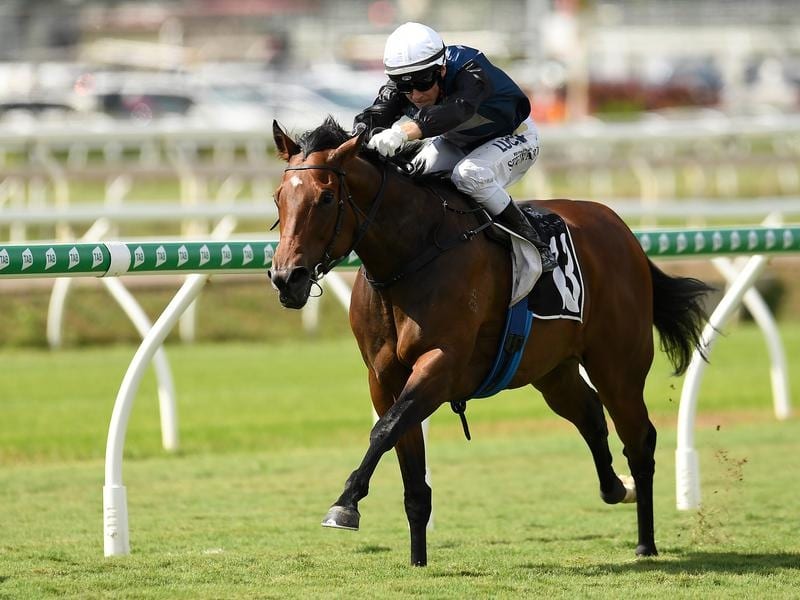 Trainer Jason Coyle has turned his attention to the Hawkesbury Crown at Rosehill with Insensata after the mare missed a start in a race at Randwick.

Insensata failed to get a run as an emergency in a 1400m-benchmark 100 race won by Ranier on Saturday.

The six-year-old is among 23 nominations for Saturday’s Group Three Hawkesbury Crown (1300m) for fillies and mares with the entries headlined by dual Group One winner In Her Time who has 60kg under the set weights plus penalties conditions.

Insensata has six wins and eight placings from 40 starts but a top-three finish in a stakes race has eluded her despite 13 attempts.

“She has run around in a lot of stakes races and run well in some but we just can’t seem to crack it into the top three,” Coyle said.

“She just has to bring her A-game and have a little bit of luck and she’s the sort of horse who could definitely run top three or four.”

Insensata’s best result at stakes level is a fourth in the Group Three Tibbie Stakes won by Princess Posh at Newcastle during the 2018 spring when Coyle believes she should have finished a clear third.

“She has run some good races against some very, very good mares but she just can’t find herself in the first three,” he said.

“I would have liked to have run her last Saturday – I think it was the right benchmark race for her – but hopefully the back-up option pans out well for her.”

In Her Time is the $4.50 favourite ahead of acceptances on Wednesday with the Allan Denham-trained Bangkok at $7 just ahead of the Chris Waller-trained Noire and Godolphin’s Multaja at $8.

Insensata, who is coming off a last-start third to Royal Celebration in a Rosehill benchmark-88 last month, is at $26.