Inkslinger After Caulfield Win For Mcgrath 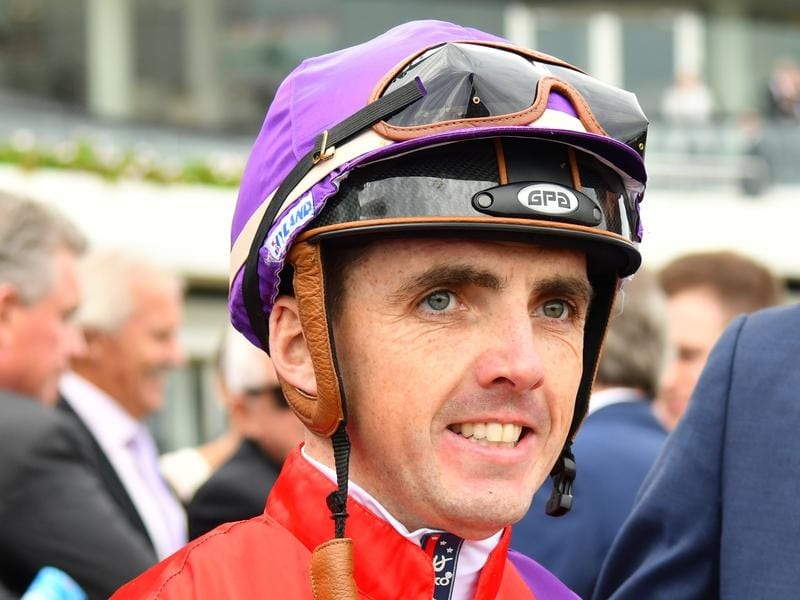 Brian McGrath hopes his recent success on country tracks carries over to give the Cranbourne-based trainer a maiden city win.

McGrath began training in 2015 and has 19 winners to his credit, but from 36 city runners is yet to break through which he hopes to rectify with Inkslinger in the Ladbrokes Cash Out Handicap (1600m) at Caulfield on Wednesday.

The trainer has been in rich form lately, registering seven wins from his past 50 starters, a strike-rate of 14 per cent, against his career strike-rate of seven per cent.

“It seems to be all coming together,” McGrath said.

“Some of these horses have taken a bit longer, which we knew they would, and they’ve started winning as five and six-year-olds.”

In contrast, Inkslinger is a four-year-old and has been in consistent form this campaign, breaking through at Cranbourne last start after three successive placings.

Martin Harley retains the ride and McGrath said the Irish jockey had been instrumental in his recent success.

“He’s been really good. He’s ridden jump-outs for us, ridden winners for us,” McGrath said.

“He’s won Group One races, won at Royal Ascot, Classics in Europe, so to have that sort of experience has certainly helped me.

“He’s strong, professional, does his homework and has the right idea about what he’s doing.”

Like other trainers McGrath is concerned about Wednesday’s weather forecast with officials bringing the start time forward.

McGrath was considering a start on Friday at Yarra Valley, but with even hotter temperatures predicted, decided to stick with Wednesday.

“There was a nice race that I liked the look of at Yarra Valley, but that is going to be 40 degrees plus and I’ve been there before when it’s really hot and it’s very difficult,” McGrath said.

“The heat is a bit of concern but I think he’s in good order.

“I like that he’s drawn barrier five and from the mile start I think that’s important.

“He can lay up fairly handy which should work in his favour.

“I think he’s $8 in that field and it’s nice to be going to a city race thinking you have a chance.”