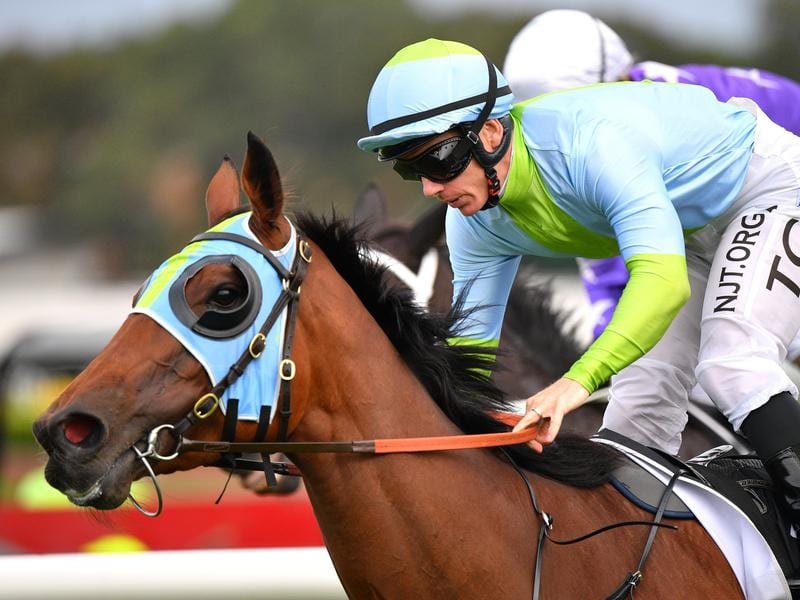 Positive Peace has exceeded her trainer’s expectations during her summer and autumn winning spree which has earned the in-form mare a crack at the Group One Coolmore Legacy Stakes.

The Bjorn Baker-trained four-year-old will be chasing her sixth straight win when she steps up to the elite level for the first time in Saturday’s 1600m weight-for-age race for fillies and mares at Randwick.

Positive Peace’s winning sequence began in the second start of her current campaign in a benchmark-70 against her own sex at Warwick Farm in late January.

After stringing together another three wins in benchmark races, Positive Peace stepped up to stakes level last start in the Group Two Emancipation Stakes (1500m) at Rosehill and rose to the challenge yet again to score a convincing 1-1/4-length victory after sitting outside the lead.

Baker believes Positive Peace needs to step up again to win Saturday’s Coolmore Legacy but he can’t fault the mare who has taken her overall record to eight wins from 17 starts.

“She’s fit and she keeps stepping up. She’s going to have to step up again, no doubt, but we couldn’t be happier with her so she deserves her chance.

“She’s definitely done more than we ever thought she would. She’s done a great job but I think she’s continuing to improve so regardless of what happens on Saturday, hopefully she can go on with it.”

Tim Clark rode Positive Peace to victory in the Emancipation but he is committed to Group One Coolmore Classic winner Con Te Partiro in Saturday’s race so Adam Hyeronimus has the ride.

Positive Peace has the outside barrier in the field of 17 but has tactical speed and generally races on the pace.

“She puts herself up there. She doesn’t necessarily have to lead. She can sit second, third, fourth. And she was very good last start.

“We’ll see how the day is playing. It looks like it’s going to be a wet track again, unfortunately. Even though she has run well on wet tracks I think she’s as good if not better on top of the ground.”

Positive Peace was at $12 on Wednesday with three-year-old filly Funstar the $2.80 favourite.