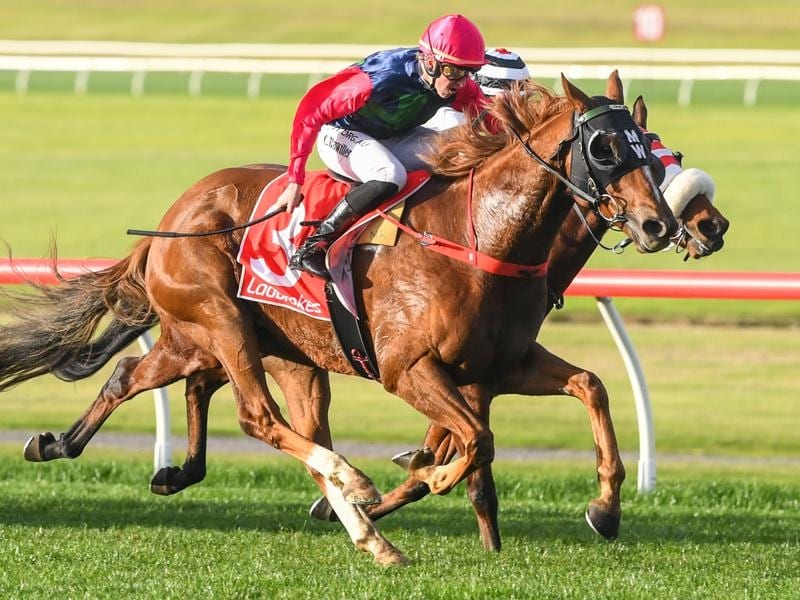 Brilliant Concept heads to Saturday’s 1600m race at Melbourne racing’s headquarters having won at Ballarat two starts ago before adding a city win at Sandown, also in heavy conditions.

While he steps up from midweek grade, the conditions of Saturday’s event stipulate horses have to have competed in at least three non-metropolitan races in the past year.

Four-year-old gelding Brilliant Concept fits that criteria and Williams believes he has continued to improve this preparation and can perform well again.

“He was great at Sandown last start,” Williams said.

“He’s gone to another level this preparation and that looks a really nice race for him. He looks well placed there on the ratings.

“I thought it might have come up a bit stronger.

“(But) A lot of those city horses that are city-class, they don’t go to the country meetings or they might go once or twice but they don’t go enough that they could qualify.

“He’ll arrive there in good order down in the weights and certainly won’t be without a chance.

“I expect him to go and be quite competitive.”

Dean Yendall takes the ride on Brilliant Concept who was on the third line of TAB fixed odds betting on Thursday at $5 behind Danon Roman ($3.90) and Canberra-trained Man Of Peace ($4).

Al Passem is the highest-rated horse in the race and has topweight with 61.5kg with Brilliant Concept one of seven of the 11 acceptors on the limit of 56kg.