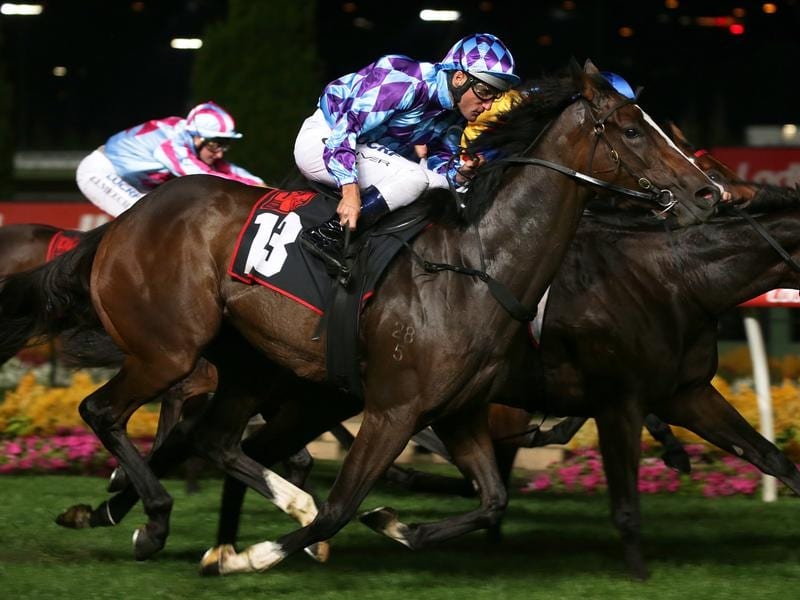 A more favourable weight scale for Princess Jenni has her trainer David Brideoake expecting an improvement on her first-up run.

After being unplaced at Flemington, Princess Jenni goes to The Valley on Friday night to run in the Group Two Stocks Stakes (1600m), a weight-for-age race for fillies and mares.

The last time Princess Jenni raced at the track she won the Group Three Alexandra Stakes (1600m) on March 22 before being controversially scratched from the Adrian Knox Stakes at Randwick on April 6.

Princess Jenni returned to Melbourne for success at Caulfield later that month ahead of her win in the Group One Australasian Oaks (2000m) at Morphettville on May 4.

Brideoake said Princess Jenni had pleased him since her first-up seventh behind Spanish Whisper in the Let’s Elope Stakes (1400m) at Flemington on September 14.

“I’m happy everywhere with her and I’m thinking she will get a good run in the race,” Brideoake said.

“She’s more favourably treated weight-wise this time than when she came back in the Let’s Elope and she’s won a nice race at the track previously, plus she’s drawn to get a nice trip.

“She’s had a nice time since her last run and the extra ground won’t be any disadvantage.”

Damien Oliver continues his association with Princess Jenni having ridden the mare to to win the Australasian Oaks and when she was first-up at Flemington.

It will be Oliver’s second meeting back from suspension having ridden at Bendigo on Thursday.

Princess Jenni is rated the $3.30 second favourite behind Miss Siska at $2.90.