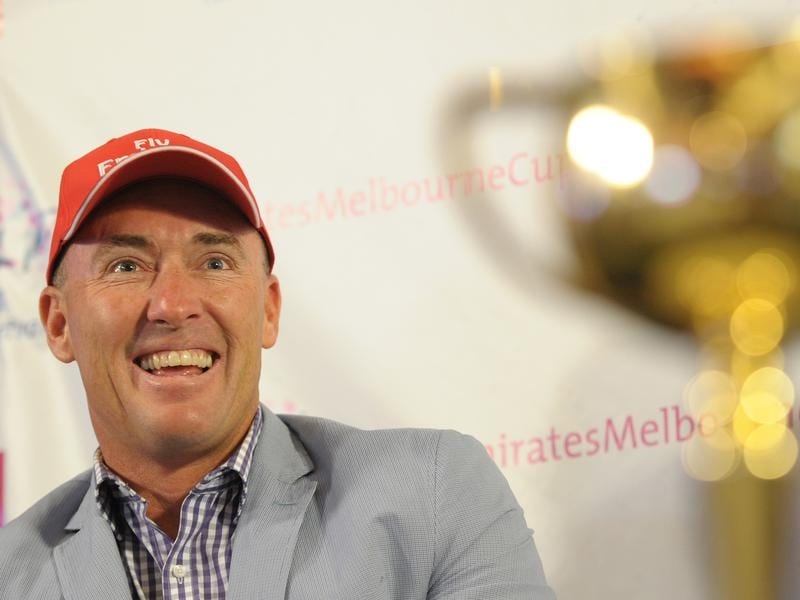 Just over a year after Attention Run suffered such severe travel sickness it was feared she would never race in Australia, the German import will line up as a live chance in one of Sydney’s most prestigious Group One staying races.

The Kris Lees-trained five-year-old is $19 for Saturday’s Metropolitan Handicap (2400m) at Randwick and one of three runners for syndicators Australian Bloodstock, along with topweight Shraaoh and veteran Big Duke.

A Listed placegetter in Germany, Attention Run was identified by Australian Bloodstock as a horse who could adapt and thrive under local conditions but her journey was almost over before it had begun.

“Being a filly, she got a bit travel sick and at one stage I thought we wouldn’t even be able to race her, we’d just have to retire her and send her to stud,” Australian Bloodstock’s Jamie Lovett said.

“But she picked up and Kris Lees has done an amazing job.

“She won her first start at a mile at Randwick and every time we’ve put her out she just keeps improving.

“Obviously you get a kick out of all your horses but if she happened to lob or run into the money, I’d get a big thrill.”

Two starts after winning her Australian debut in July, Attention Run stepped out to 2400 metres for the first time and finished third to stablemate Our Candidate.

She was brave in defeat over a similar distance in the Newcastle Cup, doing the bullocking work behind the leader and still fighting strongly for second to Hush Writer, who at $8.50 is high in markets for Saturday’s race.

Sydney Cup winner Shraaoh heads to the Metropolitan on the back of unplaced efforts in two lead-up races but Lovett believes the horse is going better than his form suggests.

And he predicts a much more competitive performance from the class runner in the 15-horse field.

“We’ve got Hugh Bowman riding and that’s a fair pointer when you get Hugh on,” Lovett said.

“To be fair, he’s looked common given he’s been coming through unsuitable trips and he’s struck wet tracks, which he doesn’t like.

“I’ve got a suspicion he’s going better than he looks but if he was disappointing then we’d obviously have to reassess because the plan has been to run him in the Metrop into the Caulfield Cup and Melbourne Cup, so he needs to run very well if you’re going to go down that road.”

Big Duke rounds out the Australian Bloodstock contingent, contesting his third Metropolitan Handicap in as many years having finished runner-up to Foundry in 2017 and unplaced 12 months ago.

He carries residual fitness from a winter carnival preparation in Queensland and comes into Saturday’s race after making late ground behind Finche in the Kingston Town Stakes.

“I think we’ve got three genuine, live hopes and I’ll be shocked if they don’t all run well,” Lovett said.