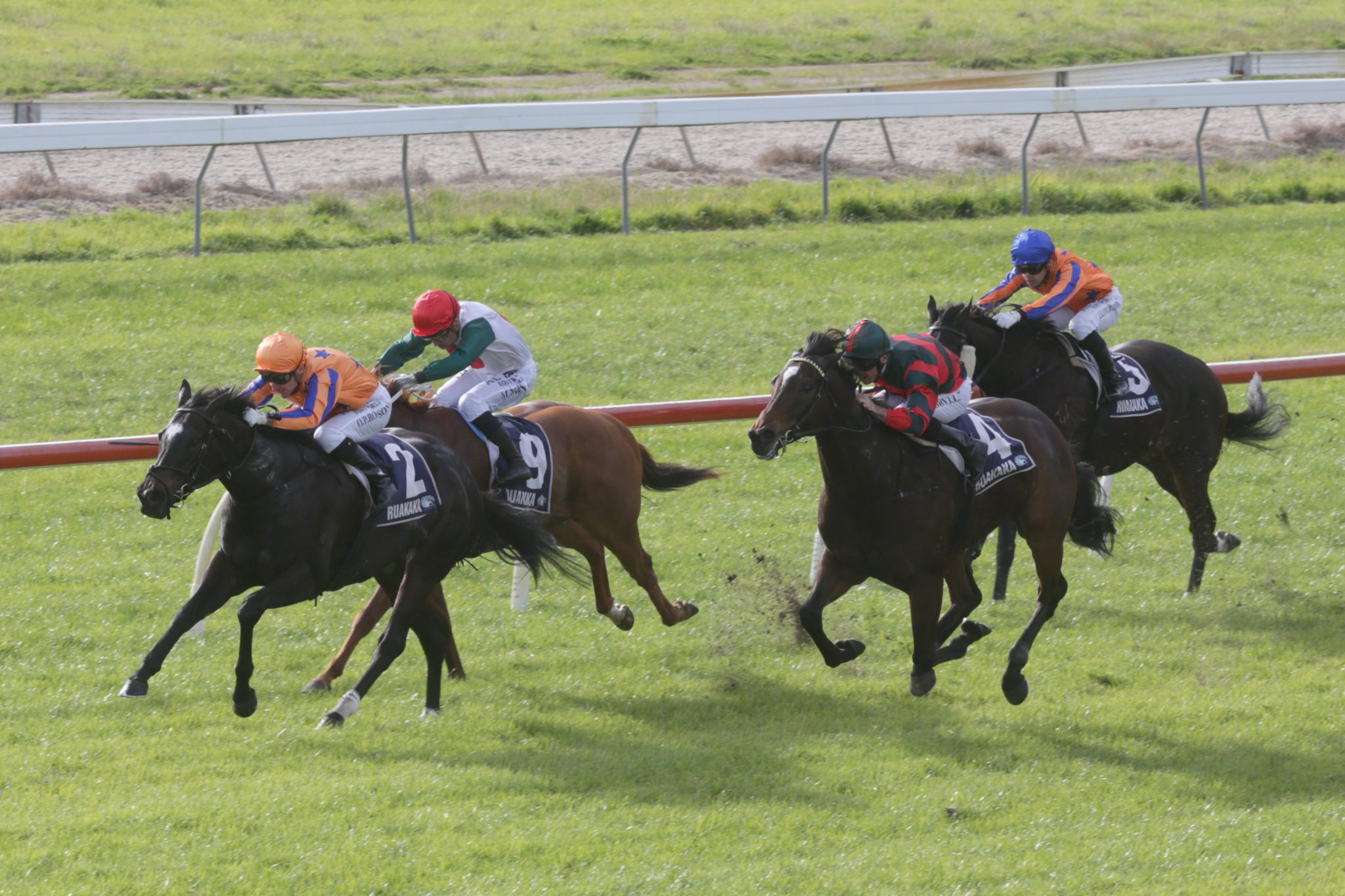 The cream rose to the top in the feature event at Ruakaka on Saturday where the Mark Walker-trained Imperatriz justified good support to take out the Kerikeri Cup (1100m).

Sent out as favourite, the dual Group One winner put in a professional display in the hands of Opie Bosson to take victory by half a length from the fast-finishing Dragon Leap who was having his first start since finishing fourth in the Group 3 Concorde Handicap (1200m) at Ellerslie back in January.

Third home was former Hong Kong galloper Winning For All, with another of Walker’s high-class mares in Entriviere putting in some nice strides late in the piece to finish within three lengths of her stablemate in sixth.

However, it was Imperatriz who strengthened her case for favouritism in the first of the Group One contests for the new season, the Tarzino Trophy (1400m) at Hastings on September 10, as she made it four wins in succession and her eighth from just 11 starts to date.

Bosson had the daughter of I Am Invincible settled nicely against the rail in midfield as stablemate On The Bubbles and Golden Hue set up a torrid pace in front.

After edging closer approaching the home turn, Bosson angled Imperatriz into the clear at the 300m and she quickly dashed to the front before holding out the late charge of Dragon Leap who stormed home from a clear last at the top of the straight.

Walker watched the race from his Matamata stables, but liked what he saw from the winner, who lumped equal top-weight with Entriviere and the pair conceded the majority of the field at least five kilograms.

“It was a good effort by a mare to carry 60kgs at this stage of her four-year-old season,” he said.

“We were giving the runner-up 5kgs and he is a quality animal, so I thought it was a very good run.

“Our thinking had been to give all of our three a race today on a better surface to help build their fitness as we work towards the first day at Hastings.

“Originally, we thought we would kick them off in the Foxbridge Plate (Group 2, 1200m) at Te Rapa later this month but if they strike a heavy track there it might just take the edge off them for Hastings.

“Now she (Imperatriz) has had a good hit out we can just nurse her along to Te Rapa in three weeks and have her cherry ripe at Hastings two weeks later.

“I had been pleased with her but she had only trialled on the synthetic and it can be hard to get a line on them.

“She showed today just what a competitor she is and that was very pleasing to see.”

While Walker was delighted with Imperatriz, he was reserving judgement on the runs of Entriviere and On The Bubbles who dropped away in the straight to beat just two home.

“I would give Entriviere a pass mark on that as she did make up some good ground late in the piece,” he said.

“She would have hated having the sand being kicked back in her face, so the run may have been better than it looked.

“She will go to Te Rapa as well, but if she doesn’t impress there, we might just freshen her up and set her for the Railway (Group 1, 1200m) at Christmas time instead.

“I also thought On The Bubbles was a little disappointing on face value and it will only get harder from here for him if we keep going to weight-for-age contests.

“We will get him home and have him checked over, but it is likely we will just stick to handicap races with him for the time being.”

Bred by Raffles Dancers NZ Ltd, Imperatriz was bought on the Gold Coast for $360,000 by Te Akau Racing principal David Ellis and is a classy daughter of the Group 2 Moonee Valley Fillies’ Classic (1600m) placegetter Berimbau.

She has now won eight of her eleven starts and just under $520,000 in stakes for her owners, the Te Akau Invincible Empress Racing Partnership.