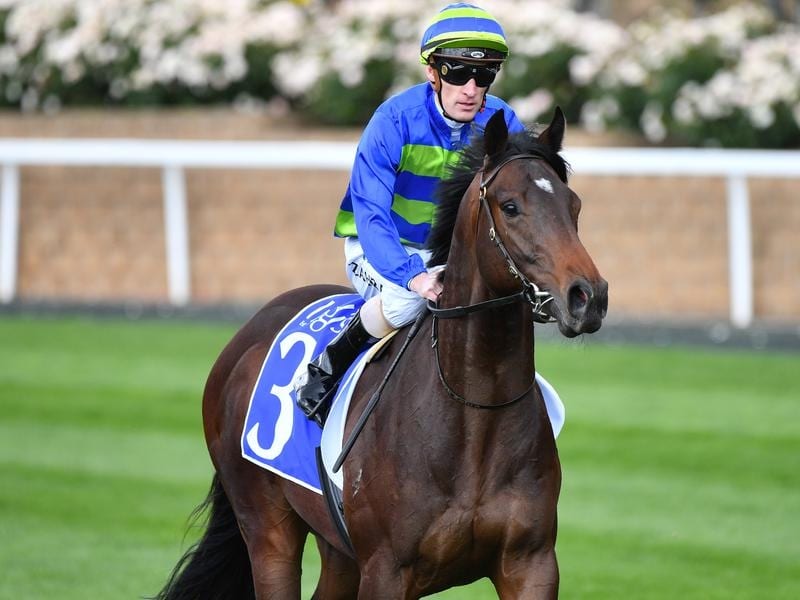 The most expensive horse in the Inglis Banner field has made a promising start to his career, with Ideas Man racing to victory in the $500,000 race at The Valley.

Ideas Man was a $575,000 yearling and the colt did what his co-trainer Ciaron Maher had hoped to see in Saturday’s 1000m sales-restricted race for two-year-olds.

With Mark Zahra aboard, Ideas Man settled in behind the lead before angling into the clear from the top of the straight.

The colt, who firmed from $4.20 to $3.70 favourite, knuckled down to his task late to defeat Bella Nipotina by a head with the same margin to Artic Ice third.

Ideas Man is by Brazen Beau out of the mare Innovation Girl.

“This is the last one out of her. He really looks the part this horse.

“He’s got a stallion’s pedigree. He’s by Brazen Beau who is doing the job and he’s just very natural. He’s what he should be.

“His mother was an elite two-year-old and he’s just a stronger version.

“I’d say I’ll probably put him away now and head for either a Blue Diamond or a Slipper, or both. But I’ll have a chat to Mark Zahra and see what he thinks.”

Maher said everything had to go right for Ideas Man to make it to Saturday’s race as he only had a jump-out on Monday to get passed to race.

“I don’t mind doing that with two-year-olds,” Maher said.

“We did it with (last week’s Debutant Stakes winner) Tanker. He trialled on the Monday and raced on the Saturday and we did it with this horse. We take them there a little bit soft and use that to bring them on.