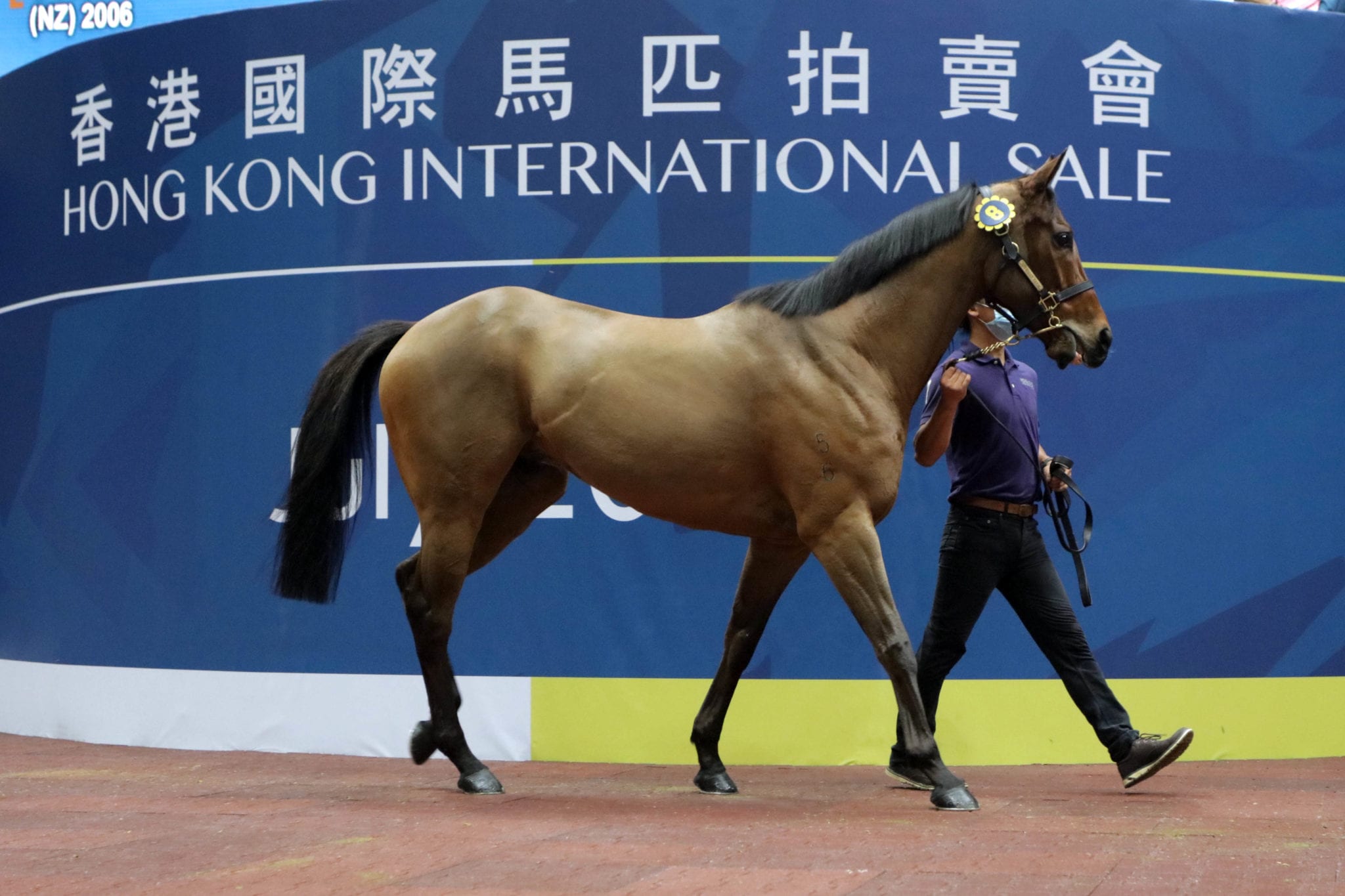 An eye-catching half-brother to Group 1 winner Volatile Mix drew a clinching bid of HK$7.2 million to top the Hong Kong International Sale (July) at the Sha Tin Parade Ring on Friday, 3 July, as all 19 lots offered sold for a total of HK$74.3 million.

The gelding, catalogued as Lot 8, is by the top Australian sire and noted speed influence I Am Invincible, out of the Group 3-placed High Chaparral mare Utopia. The bay, whose talented sibling won the South Australian Derby, sold to Sze-to Kin Sun.

Wong Kwong Miu, whose red and black silks have been carried previously by the talented galloper Divine Ten, brought the auctioneer’s hammer down at HK$6.5 million for Lot 14, a Zoustar gelding out of a half-sister to multiple Group 1-winning New Zealand champion Volkstok’n’barrell.

Mr. William Nader, the Hong Kong Jockey Club’s Director of Racing Business and Operations, said: “This was a very good sale, it exceeded our expectations. Overall, we have to be pleased with the results and it might be a good sign for the economy in Hong Kong that things could be rebounding, because the money was with us tonight.

“The horses presented well and I don’t think anyone was surprised by the sale-topper. There was a good mix of pedigrees, I think the buyers had a lot of variety and hopefully there’s some value there for our owners.”

The sale average was HK$3.91 million while the median came in at HK$4 million.

“Last year we sold 20 lots at the July Sale averaging HK$2.4 million and this year we had 19 lots averaging over HK$3.9 million, so this sale was very healthy and we’re pleased with the results,” Mr. Nader added.