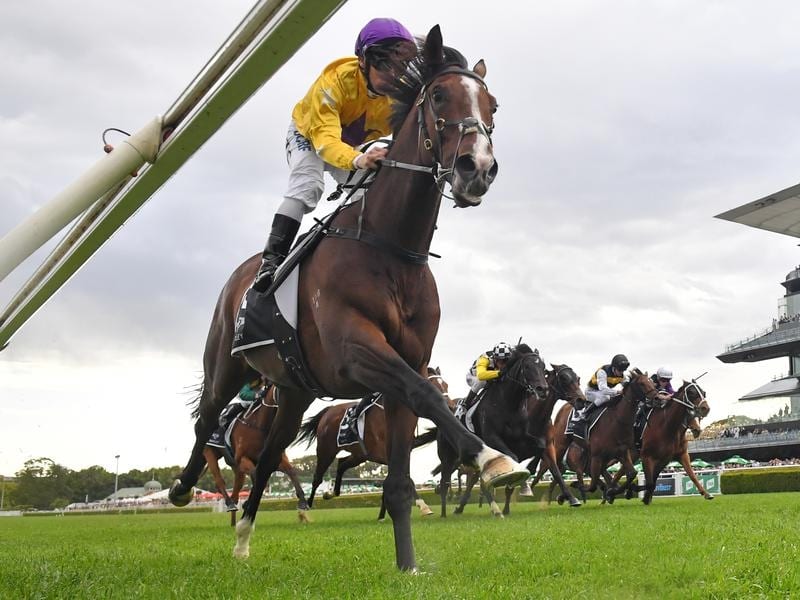 Gai Waterhouse will launch a final bid to get to the Melbourne Cup with Japanese-bred, French import Hush Writer.

The Waterhouse and Adrian Bott-trained stayer is one of 28 nominations in Saturday’s Hotham Handicap with the winner afforded a start in the Melbourne Cup on November 5.

Of the 28 entries, 18 remain in the Melbourne Cup field of 42 after third declarations closed on Monday.

Hush Writer, who won the St Leger Stakes (2600m) at Randwick on October 19 at his most recent start, has 50kg in the Cup and sits 39th in the entry order, needing to win on Saturday to gain a Cup start.

Waterhouse and Bott prepared Cismontane to win the Hotham in 2017 before he went on to finish 13th behind Rekindling in the Cup.

“If we can do it with Cismontane, I think we’ve got a bit of a chance with a horse that kicked their brains in when he won the St Leger in Sydney,” Waterhouse said.

“He’s a Japanese horse we found and brought him via France to Australia.

“I’m not being hush about him, I think he’s the real deal and I’m hoping he can get into the Cup.”

Three horses currently within the Cup safety limit of 24, Vow And Declare, Youngstar and Neufbosc have been nominated for Saturday while the Chris Waller-trained nominations Patrick Erin and Brimham Rocks are also acceptors for Wednesday’s Bendigo Cup.

Cup entries who have also been accepted in the Bendigo Cup are Angel Of Truth (12th in Cup order), Raheen House (30) and Sully (41).

* Hotham entries and their Melbourne Cup order of entry

Wall Of Fire (not yet qualified)