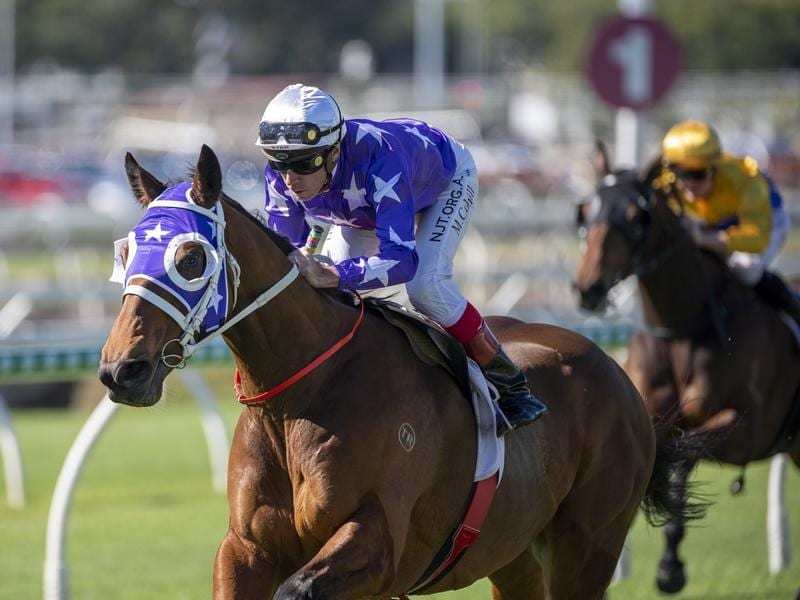 Tough stayer Humbolt Current has come a long way since the days he was owned by the Queen but he might finally have found his niche in Queensland.

The gelding was trained by William Haggas in England and won three races before his sale to prominent Australian syndicator Star Thoroughbreds.

His only previous win in Australia was a 2400m race at Randwick when ridden by visiting English jockey James Doyle in November.

“He has probably found a niche here in the lesser class,” Shailer said.

“It will give him confidence and he can probably string a few together.”

Trainer David Pfieffer scratched Broken Arrows from Randwick to run at Eagle Farm and it proved a winning move.