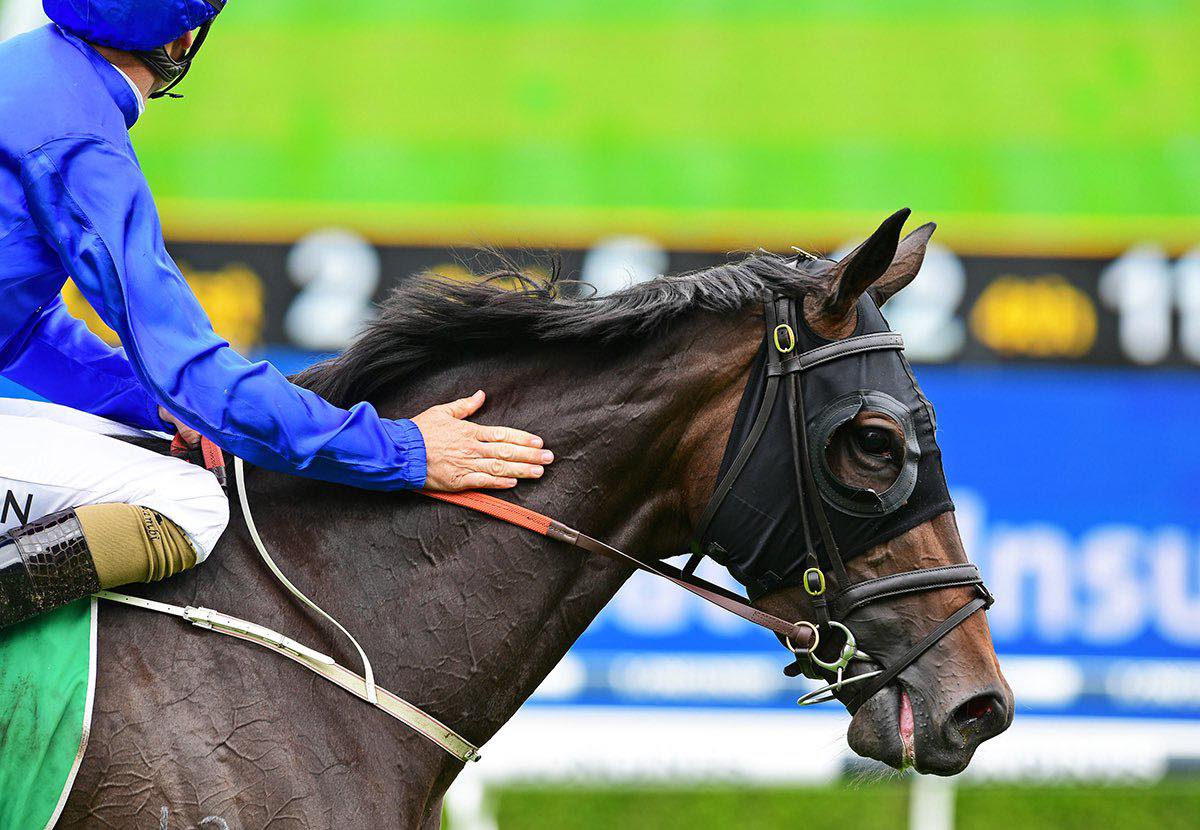 Honeycreeper has raced away from the field to claim Saturday’s Group 3 Adrian Knox Stakes (2000m) at Randwick in dominant fashion under Hugh Bowman.

Trained by James Cummings, the filly by Teofilo settled towards the rear of the big field after jumping from barrier 15, but she proved classes above her rivals, pulling clear to win by over three lengths.

Charity Spirit from Gary Portelli and Alysha Collett made steady ground late to run second, with a further three lengths back to the fancied Mamounia.

After Prophet’s Pride and Taizai led the field of 15 at a solid clip, it set the race up nicely for fillies from the back to finish the race off the better, and that is how the race played out.

“You’ve got a long way to go to start throwing names like that (Colette) around, but that was beautiful from Honeycreeper, she’s a daughter of Teofilo who we felt would stay nicely,” the winning trainer said.

Sent out as a $12 chance with online bookmakers, Honeycreeper has now firmed into next Saturday’s Group 1 Australian Oaks (2400m), where she is now an $8 chance in her quest to repeat her star stablemate’s feats of 2020 – Colette.

“Acceptances are 8am Tuesday morning I think for that race so we’ve got a few days to make sure we’re happy with her,” Cummings continued.

“We’ll take the entire week to make sure she’s perfect before we head down that path. But Heavy 9 today over a mile and a quarter and we’re talking about a mile and a half AJC Oaks next Saturday, it’s certainly going to look like a pretty good lead-up to that isn’t it.”

Hugh Bowman is yet to have a ride in next Saturday’s Oaks, so he is hopeful that Honeycreeper will head that way after today’s stylish victory.

Bowman, who rode Duais to victory in the Adrian Knox 12 months ago and then to a runner-up effort in the Group 1 seven days later, said Honeycreeper was in a “beautiful rhythm” for the entire race.

“She won well, she was in a beautiful rhythm,” he said.

“I thought the pace wasn’t frantic but it was genuine, particularly for this type of ground, it was very testing. She seemed to travel through it very well and they were starting to peel off the fence.

“I had a lap full of horse and I just let her increase within herself and found myself on the back of the leading bunch, and she did the rest.

“I presume she’s in the Oaks next Saturday and funnily enough I don’t have a ride, so who would’ve thought.”

Cummings, also saddled up the third-placed filly in Mamounia, with the daughter of Medaglia D’oro likely to head to Adelaide for the Australasian Oaks during Adelaide’s May Carnival.

“She might be a nice filly for Adelaide, maybe. We’ll wait and see, she’s got her stakes placing somewhat of a job done,” Cummings said.