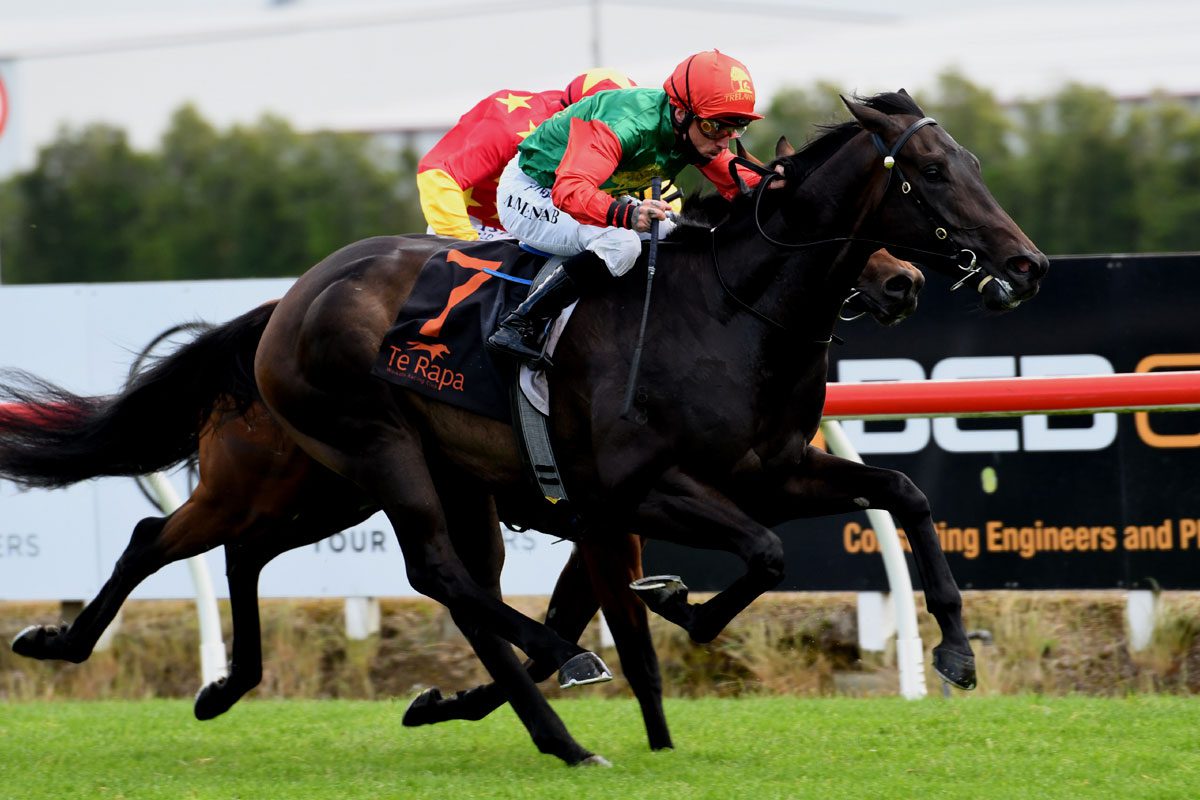 Despite a dogged effort when second behind the unbeaten Shamus in Saturday’s Group 2 Wellington Guineas (1600m) at Trentham, the immediate future for promising three-year-old Pareanui Bay is in the spelling paddock for the next month.

Unbeaten in his first three starts, including the Group 2 James & Annie Sarten Memorial Stakes (1400m) at Te Rapa, Pareanui Bay finished second to On The Bubbles in the Listed Uncle Remus Stakes (1400m) at Ellerslie on Boxing Day before his effort at Trentham, with trainer Tony Pike believing the signs are there that it is time for a break.

“This is just his first prep and he has been up a long time, which I think is starting to tell on him,” Pike said.

“He has had three or four tough runs and he just wasn’t as sharp as he normally is on Saturday.

“We had said we would reassess things after Saturday and I think it is pretty clear that he is telling us it is time for a break.”

A four-to-six-week spell will see Pareanui Bay miss races like the Group 1 Herbie Dyke Stakes (2000m) at Te Rapa in February and the Group 1 Levin Classic (1600m) at Trentham in March, that he held nominations for, however Pike is comfortable with that as he looks ahead to a possible winter campaign in Brisbane.

“He is a very exciting galloper who has a lot in store for him down the track,” he said.

“As long as he spells well and comes up like I think he will, then heading to Brisbane for their winter carnival is an appealing option.

“He would be well suited in some of the good three-year-old races like the Queensland Guineas (Group 2, 1600m) and if he is up to it, then a race like the Stradbroke (Group 1, 1400m) could also be an option.”

While Pike will not have the services of Pareanui Bay for the time being, he is looking forward to Saturday’s Karaka Million race night at Ellerslie with leading contenders in both of the NZD$1 million feature races.

Group 1 Vodafone New Zealand Derby (2400m) candidate Tutukaka will tackle the Karaka Million 3YO Classic (1600m) while two-year-old filly Pacific Dragon, who was relegated from first in the Group 2 Eclipse Stakes (1200m) at Ellerslie on New Year’s Day, is a leading contender for the Doubletree by Hilton Karaka Million 2YO (1200m).

“We’ve got a few going to the big night at Ellerslie this coming weekend, including Tutukaka in the 3YO Classic,” Pike said.

“He has worked very well since his first up run at Ellerslie on New Year’s Day and will have the blinkers on this time.

“We probably were a touch too negative on him last time as he got too far back on a slow tempo and never really got into the race.

“The blinkers will sharpen him up and even though the mile is probably a little too short for him, I think his class can still take him a long way.

“We may also have The Landing in the race, but that will depend on if his rating can get him into the field or not.

“Pacific Dragon will gallop on Tuesday and then we will decide on whether she starts in the two-year-old race, while Rapid Falls will start in the Karaka Stayers Cup.”

Bookmakers currently have Tutukaka as a +1300 chance in the Karaka 3YO Classic, behind raging favourite On The Bubbles (-125), while Pacific Dragon is the +600 fifth favourite behind Wolverine (+240) for the Karaka Million 2YO.