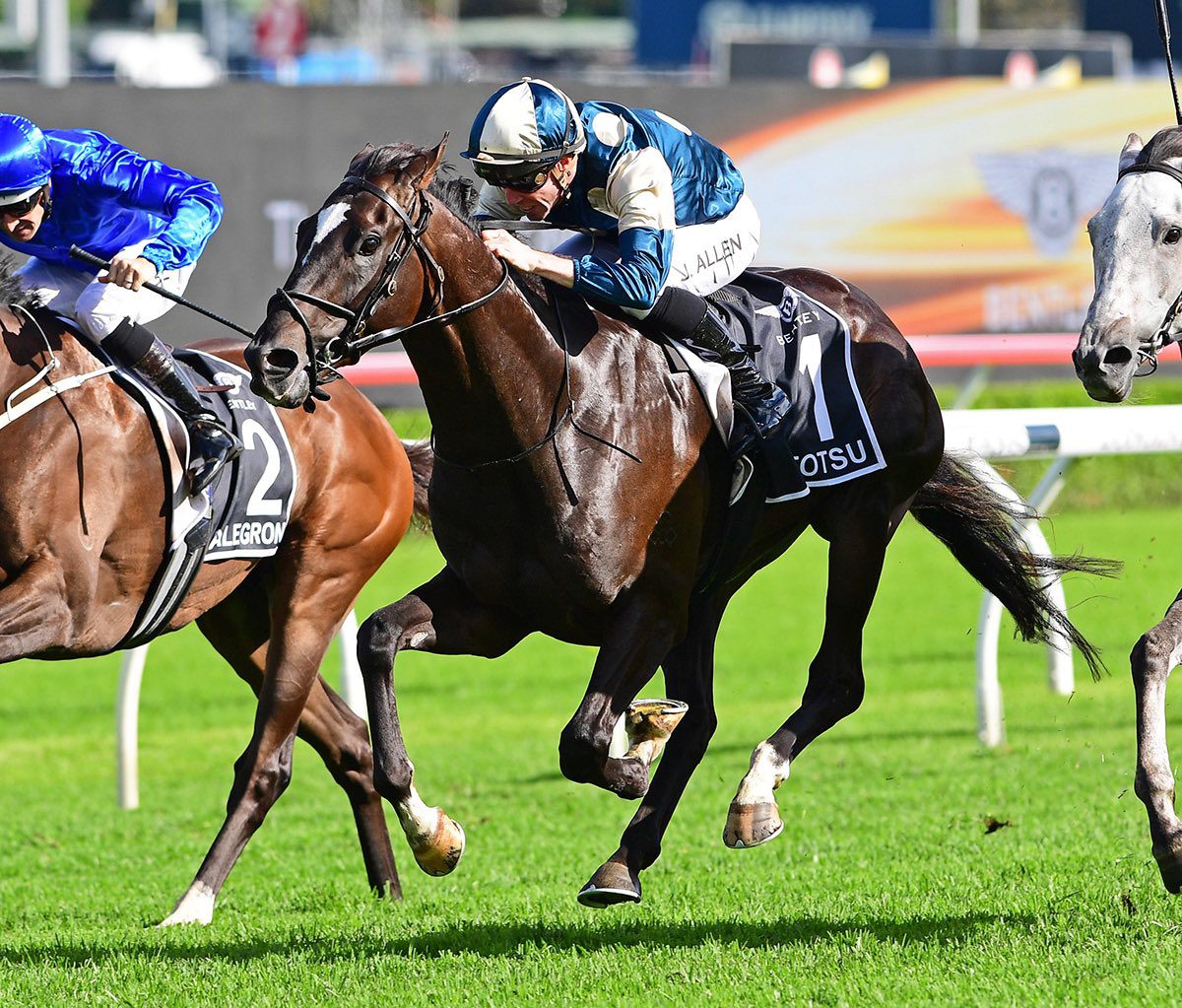 Star colt Hitotsu won his third Group 1 race, with a stunning win in the Australian Derby at Royal Randwick.

The Victoria Derby winner started a well-backed $3 favourite with online bookmakers, and although Benaud loomed as the winner at the top of the straight, Hitotsu proved himself as Australia’s premier staying three-year-old, as he relished the wet conditions to record a tough and classy win.

“He probably put the writing on the wall about a month before the Guineas that he was in better shape than what he was two weeks before the Derby.

“That gave us a lot of confidence going into the Guineas.

“We knew everything had to go right for him at the mile and he got a beautiful ride by Johnny (Allen). Once he did that, I was full of confidence to come here. The only negative was the track but I knew his ability would take him a long way. I thought he would actually travel a little stronger than what he did.

“He certainly wasn’t at home on it but his class and ability shone through.

While some suggestions were that the colt would back up in seven days’ time in the Queen Elizabeth Stakes against the older horses, co-trainer Ciaron Maher said he won’t be lining up there, with the Cox Plate instead the target race in the spring.

“No. We are fair to him, he is fair to us,” the trainer continued.

“We will get him ready for a Cox Plate now, he doesn’t need to race the older horses.

“As you can see he is still furnishing and we’ll take them on in the spring.”

Hitotsu is now a $9 chance in the Cox Plate in October.