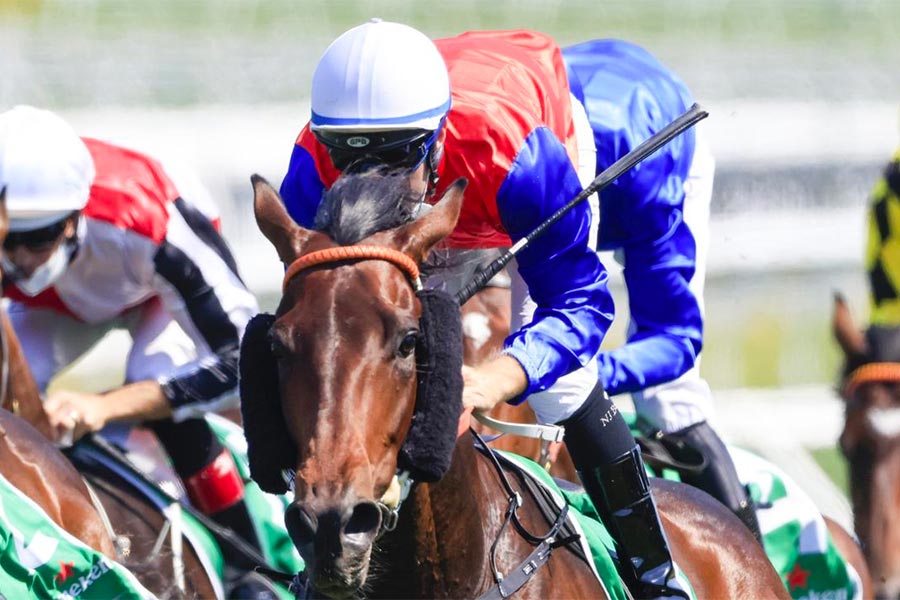 While it was a tough day for punters around Australia on Saturday afternoon, Tommy Berry guided one of the favourites home as Hilal claimed an easy victory in the $1 million Bondi Stakes at Royal Randwick.

The Fastnet Rock colt made it back-to-back wins after claiming the Group 2 Stan Fox Stakes on October 9, racing away with the prize in the third running of the Bondi.

Hilal won on debut back in February and was runner-up in both the Sires’ Produce Stakes and Champagne Stakes at Group 1 level as a two-year-old, but he did not get back into the winner’s circle until his half-length victory in the Stan Fox a fortnight ago.

Berry has guided the three-year-old in all three of his wins now, with the star hoop believing that the horse will only get better next preparation.

“He actually switched off for me in the early part, and then the pace really came out of it and there was a bit of a shuffle up and I ended up three wide,” Berry told Sky Racing.

“He put them away again today, but I’ve got a feeling he’s going to be better next preparation.

“He’s still learning what it’s all about and those two wins, obviously it was hard for him to get confidence last prep because he kept getting beat, but now he’s put a couple together, he might come in a lot more furnished horse.”

The Hawkes-trained colt was heavily backed in the final stages of betting, starting as a short +135 favourite in the 1600m race, and he did not disappoint, winning by 1.3 lengths over Keefy.

Berry eluded to the fact that there are some quality races over the Sydney Autumn Carnival at Randwick for three-year-olds, namely the Group 1 Randwick Guineas.

“There’s a lot of good mile races at Randwick in the coming couple of seasons for him,” the winning jockey said.

“If he can keep going in the same direction, he might be able to level up against some of the better ones.”

Hilal’s two Group 1 placings came behind two of the country’s top three-year-olds, Anamoe and Captivant, with the former just missing out to State Of Rest in the Cox Plate on Saturday.