High Five For Hyeronimus At Randwick 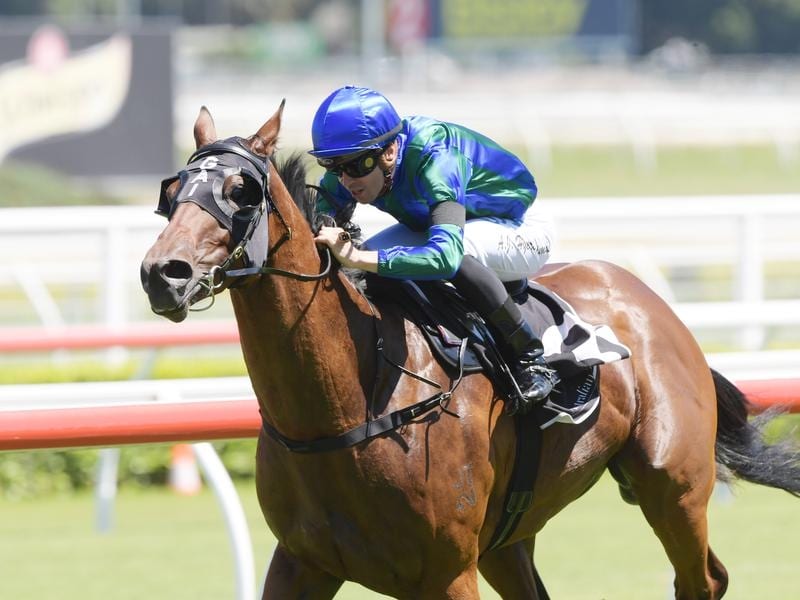 Hyeronimus wed his long-time partner Lizzie in England during the Australian winter and the pair enjoyed a few weeks travelling around Europe before returning home in time for the start of the spring carnival.

The jockey has spent the past few weekends riding at provincial meetings to get his weight and fitness back under control and he is poised to make an immediate impact on his Sydney return with five rides, four of them for the powerful Gai Waterhouse and Adrian Bott yard.

Among them is former Tasmanian Mister Songman who was placed behind talented gallopers Kapajack and Deprive in his first local preparation before responding to the addition of blinkers with a resounding seven-length win at Randwick in December.

He will have the blinkers on again when he resumes in Saturday’s Winter Racing Handicap (1100m) and while he is a laid-back horse in his trials and trackwork, Hyeronimus expects Mister Songman to have his game face on come race day.

“Blinkers go back on Saturday and last start when the blinkers went on, he bolted in really,” Hyeronimus said.

“He’s had a while off with a few issues since then but I can’t fault him. He’s going as well as he was last preparation and I think he’s in for a big spring.

“I believe Gai wants to aim him for the Epsom but he’d have to win a few more races to get in.”

Blinkers have also been reapplied to Stampede for the first time this preparation and Hyeronimus expects the gear change to have a significant impact.

The horse tackles the Premier’s Cup Prelude (1800m) and will strip fitter for two solid runs from a spell but he does have to contend with a hefty top weight of 63kg.

Stablemate Wolfe also has his share of weight with 61.5kg in the Events By ATC Handicap (1550m), although Hyeronimus says both horses are conditioned to cope.

“Gai and Adrian’s horses are trained to be tough and more often than not they’ll be able to carry the weight if they’re in the right race,” he said.

Hyeronimus’ book is rounded out by Tulloch Lodge stayer Fabrizio, who he feels has returned as well as ever and can run a cheeky race first-up in the Spring Preview Handicap (1400m), and Mapmaker for Tim Martin in the TAB Handicap (1400m).