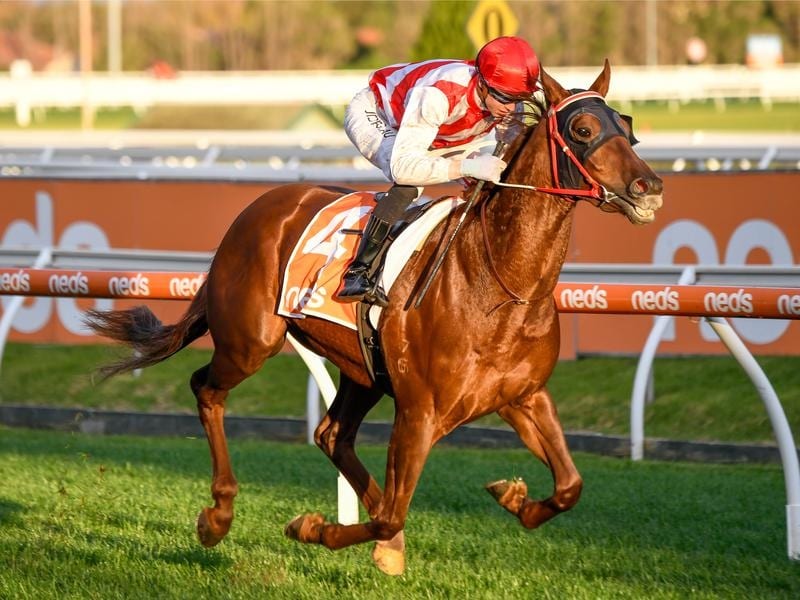 Bendigo trainer Shane Fliedner will drop Hi Stranger back in distance at Flemington in a bid to give the gelding options again at headquarters next month.

Hi Stranger runs in the Listed AR Creswick Stakes (1200m) on Saturday, which Fliedner is using for one of two finals races at Flemington on July 4, one over 1200m, the other over 1600m.

The three-year-old finished a last start fifth over 1400m at Flemington on June 6 after recording a win and a second placing on heavy ground over shorter trips at Caulfield in May.

“It seemed to be the logical race to run him in. He’s been thereabouts in shorter races and he goes alright down the straight.

“There was no speed in the race last time which didn’t work for him at all and he was probably badly weighted as well.”

Hi Stranger won over 1600m at The Valley in February and then stepped up to 1800m at Caulfield for a stakes race later that month.

A heat over 1600m was run at The Valley last week which did not suit Fliedner and his planning for Hi Stranger.

“He would have had to have gone three weeks between runs and it wasn’t going to work,” Fliedner said.

“The 1200 (metres) will suit him better and then we can to the mile final or stay at 1200 metres for the sprint final.

“The options open up better by what we’re doing.

“He’s run well down the straight before, he’s up against similar horses that he’s been racing against and I don’t think it looks as strong a Listed race as it has been in previous years.

“He’s no superstar but he’s a handy little horse who should be around the mark.”