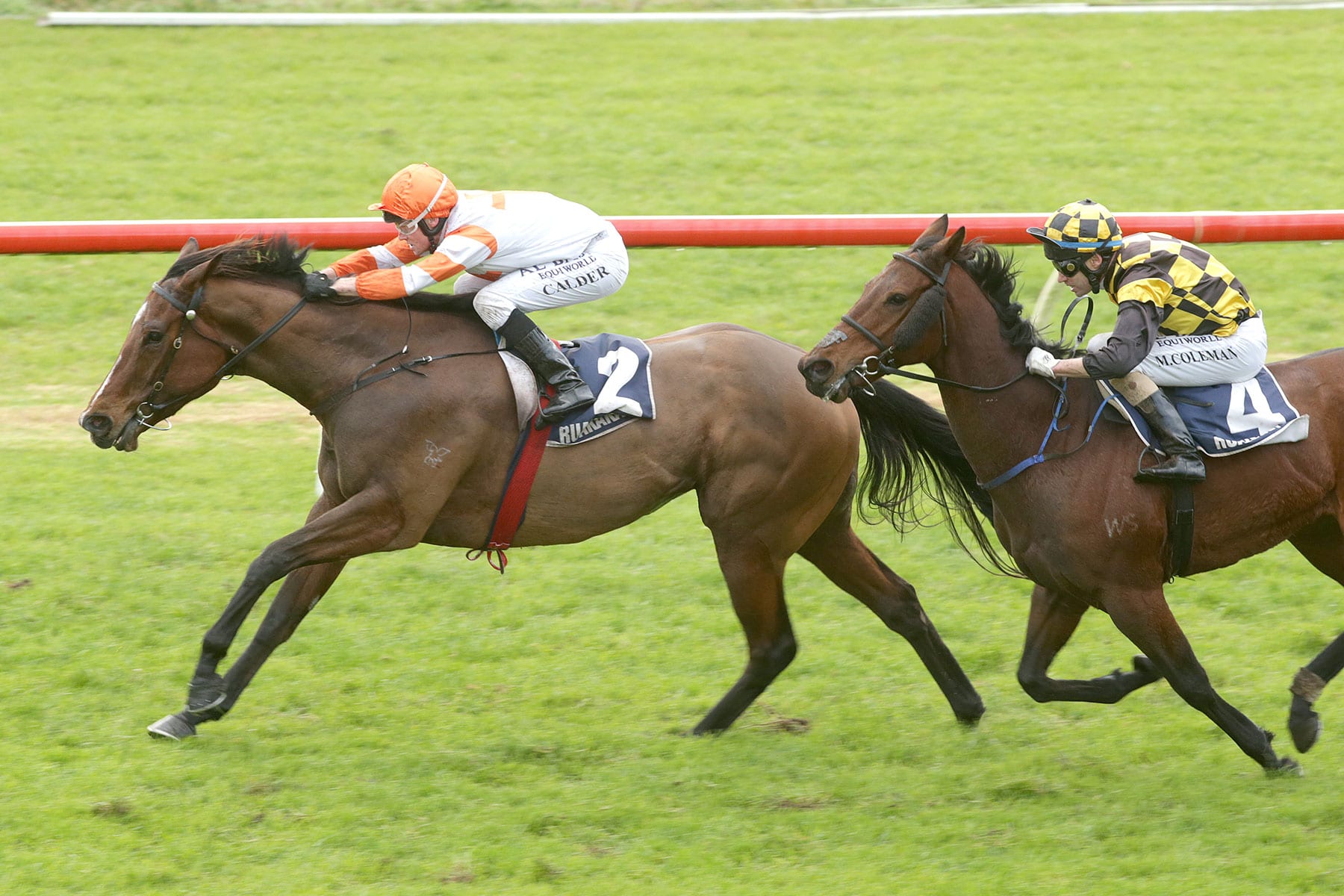 Progressive mare Hello It’s Me made her return to the racetrack a winning one when she took out the feature event at Ruakaka on Saturday, the Northpine Waipu Cup (1400m).

The talented four-year-old hadn’t been seen since finishing well back in the Group 2 Rich Hill Mile (1600m) at Ellerslie on New Year’s Day. That performance convinced trainers Chris Gibbs and Michelle Bradley that some time away would be in the mare’s best interest so she went to the paddock for a decent break. All indications were that the daughter of Darci Brahma was fit and ready to make her return on Saturday and so it proved as she raced away in the home straight for replacement rider Andrew Calder to win comfortably over Hanger and Go Nicholas.

Co-trainer Michelle Bradley admitted she felt a mix of relief and elation with the result as she had been eagerly anticipating the mare’s return to the track. “It hadn’t been a good day up until then as we hadn’t put a winner on the board but all that changed with the performance that she (Hello It’s Me) delivered,” Bradley said. “I have just been so excited waiting to get her back to the track as she has been working well and we knew she was fit and ready to go first up. “To see her win like that was just so rewarding and great for her owners who have been so patient with her.”

Bradley is now looking forward to the challenge of placing the mare to her best advantage over the coming months. “Now she is back, the hardest task will be finding the right races for her,” she said. “She is pretty versatile and with the win over 1400m first up it is likely we will go to a mile next for her. “We will sit down and discuss that as there are plenty of good races in the spring but it is a matter of keeping her in the zone and working our way to them. “The Hawke’s Bay spring carnival is in the back of our minds but that isn’t until the end of August so there is plenty of time before then.”

The victory capped a winning double for Calder who had taken out the previous race on the Richard Collett-trained Von Trapp. He picked up the mount on Hello It’s Me after regular rider Cameron Lammas was stood down following race four after sustaining an elbow injury in the starting gates