Heathcote Cool On Slipper For Rothfire 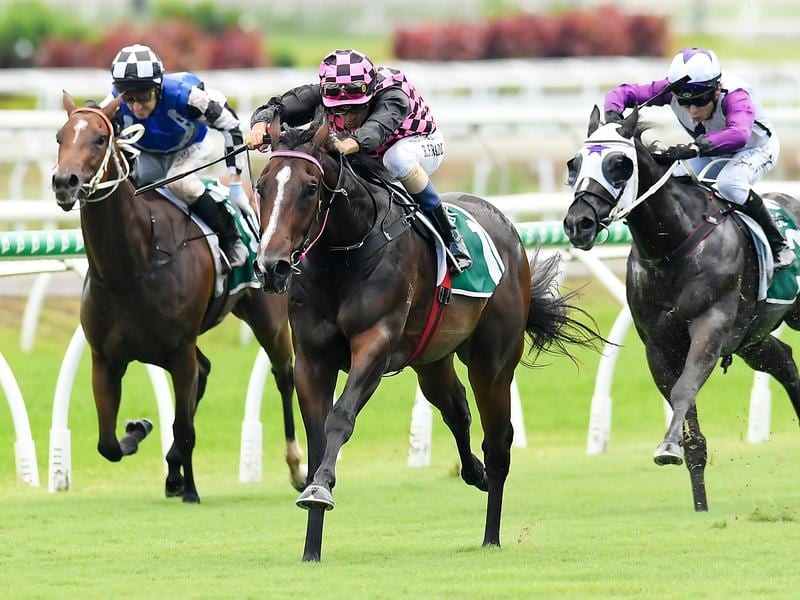 Trainer Robert Heathcote refused to be drawn into speculation star two-year-old Rothfire could be a late entry for the Group One Golden Slipper after the gelding remained unbeaten at Doomben.

Rothfire’s fourth win was even more impressive as jockey Robbie Fradd eased him down in the final 100m.

Heathcote said Rothfire would definitely start in the $500,000 Two-Year-Old The Jewel at the Gold Coast on March 14.

“The Jewel has always been his aim and we won’t be leaving that path. I don’t want to say anything outlandish but there have been a few favourites for the Slipper go over in the past few weeks,” he said.

“We have him in the ATC Sires and he is not entered for the Slipper, we would have to pay a late entry. I would have to talk with the owners and I will have to make up my mind pretty soon. But I will say no more.”

Heathcote admitted he had some butterflies in the lead-up to the race but as soon as the gates opened he relaxed.

“He can do things no other two-year-old I have had can do. Even my multiple Group One winner Buffering took time to mature,” he said.

“I still don’t know how good he really is at this stage.”

Fradd said Rothfire was the most exciting horse he had ridden since moving to Queensland.

“He is a real racehorse and I am yet to fully test him at the finish,” he said.