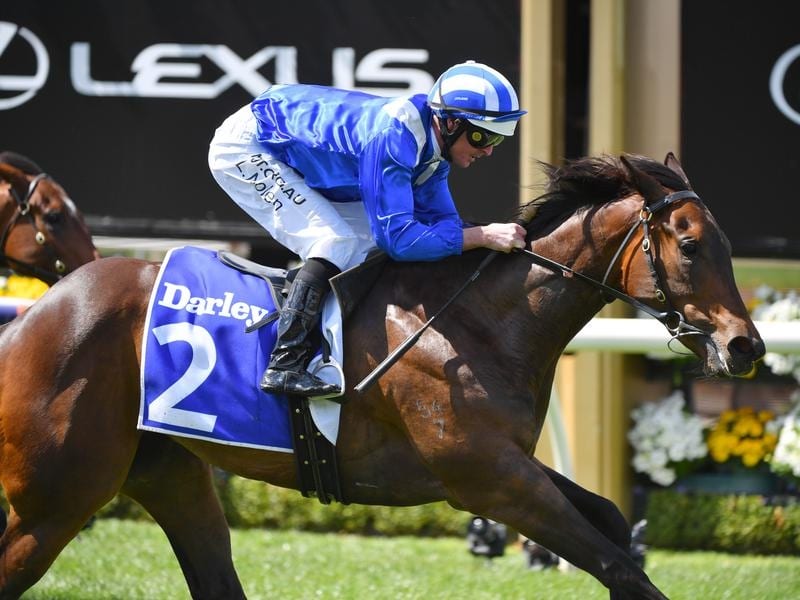 David Hayes feared juvenile Aryaaf’s wayward manners may have been a portent of things to come on Melbourne Cup day but he need not have worried.

Starting $9, the pint-sized filly defied her inexperience to outclass her Group Three Ottowa Stakes (1000m) rivals with a 1-3/4 length win over Muntaseera ($5) with Marchena ($8) a further 2-3/4 lengths in third.

The win is Hayes’s 54th Melbourne Cup carnival victory, elevating him to fourth on the all-time trainers’ list behind Bart Cummings, his father Colin Hayes and Lee Freedman.

Alongside son Ben and nephew Tom Dabernig under the Lindsay Park operation, Hayes will saddle up three Melbourne Cup runners.

He watched Aryaaf wobble down the straight he wondered if the day would go their way.

“I thought, gee it’s going to be hard to train a winner when she went to the front like the winner and ducked out,” Hayes said.

“She had a lot on them but I don’t know whether she’s very good or they’re very bad but she beat them well.”

Raced by Shadwell Stud, Aryaaf is bred to be a two-year-old being by Epaulette out of Bulbula, both sire and dam juvenile stakes winners.

Hayes said Aryaaf was not much to look at but clearly packed a motor.

“She is physically an unimpressive type and hasn’t quite come out in her coat,” Hayes said.

“But I know she runs 1200 because she did today, she went sideways and in and out.

“Luke (Nolen) did a great job to straighten up and win.”

Nolen gave Aryaaf the thumbs up, declaring her a “really nice filly”and said the track was in good shape for Cup day.

“It’s got genuine cut in it but it’s improving,” Nolen said.